Pakistan might not yet have granted India the long-promised most favoured nation (MFN) status but that hasn’t dampened the enthusiasm of fashion-retail chains here who view e-commerce as a means of fostering cross-border business and penetrating new global markets. 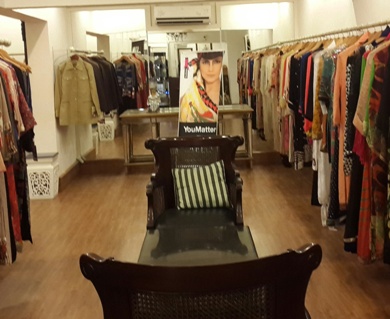 One of the pioneers of Pakistan’s fashion-retail chains, Zahir Rahimtoola, became the first to open an e-store of its established Labels brand in August 2012. The idea was to reach out to a new customer base not only in Pakistan but in other countries as well, with India being one of them.

“Pakistan doesn’t have the luxury of a transient population because of the political situation, and more so in Karachi which is perceived as a dangerous city.

There is a scare perception that restricts a lot of tourist and transient activity in the country,” Rahimtoola, the CEO of Labels, told a visiting IANS correspondent recently.

“What happens in Pakistan is that you are basically catering to the same audience and in the retail operation everything flattens out in such a closed system. So, the next best thing we thought for our business was to go online because there is a huge

Indo-Pak diaspora across the world,” he added, saying shipments are sent to countries like Canada, the US, Afghanistan, Botswana, and Brunei.

While Rahimtoola claims he gets orders of around 8-10 outfits from Indian customers every day, another well-known Pakistani brand Khaadi, whose fashion aesthetics are similar to Indian ethnic fashion label Fab India’s philosophy, launched its e-store in January and is planning to start shipping to India shortly.

“India will be an easy market to capture, as the Indian and Pakistani tastes of clothing are quite similar. Pakistani fashion will bring freshness to the

“Now that we see the trade policies getting better between India and Pakistan, we want to grab that opportunity. We see India as a quick essential market for growth, as the culture and preferences of the two countries are similar,” he added.

While payments for the goods bought are paid through a credit card, deliveries are done through DHL. Any customs duties payable are collected on delivery and passed on to the authorities.

“We are shipping to India every day. Our consignments are not huge. Our packets clear customs from both sides and reach the customer, who has to pay customs duty as per the country norms,” Rahimtoola said.

“This doesn’t come out much. We are selling the outfits at Pakistani prices and the end product turns out to be affordable for Indian customers,” he added.

According to an independent market research company eMarketer, worldwide business-to-consumer economic sales will reach $1.5 trillion in 2014. India’s e-commerce market reached $16 billion in 2013, as per industry body Assocham, which estimates that this will reach $56 billion by 2023.

Hence Rahimtoola, with 18 years of business wisdom on his side, feels the concept of a brick-and-mortar store is passe and that the e-store is the next-big thing, especially for strengthening India-Pakistan business ties.

“If the relationship between India and Pakistan has to improve it has to be through people-to-people contacts,” he said.

Sharmin Raza of the Khaadi brand that has 27 stores in Pakistan, as also two in Britain and six in the UAE, felt retail exchanges through e-commerce is a great way to promote ties.

“Fashion has no boundaries; so retail is a great start to bridge cultural ties. Having an online presence makes it even easier to cross physical boundaries and introduce products to a new market,” said Raza, general manager of the brand that deals with indigenous cotton fabric with intricate craftsmanship.

Khaadi is planning to launch online stores for customers in the US, Canada and Mexico in the coming weeks and also plans to open in the Middle East and India.

“We are planning to participate in a business expo in Mumbai. We hope to create greater awareness of our brand in India, while at the same time learn about the