DMTF’s updated standard for virtual machines, Open Virtualization Format 2.0 (OVF 2.0), will make it easier to move VMs around securely in the data center or from cloud to cloud without losing their virtual networking characteristics. If it is adopted by the same virtualization vendors who broadly adopted its predecessor, then moving a workload from one cloud to another will, one day, be no more difficult than moving it from one part of the data center to another. The latter is now possible under the management consoles of any of the major virtualization vendors — Microsoft, VMware, Citrix Systems, Red Hat or Oracle. The former is still filled with pitfalls and potential drawbacks, as some virtual machine attributes are lost as it moves into the new environment. 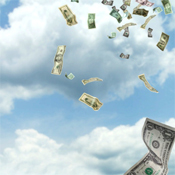 For example, version 1.0 of Open Virtualization Format, currently in use, captures whether the virtual machine is using a static or dynamic IP address — and that’s about it when it comes to the VM’s networking.

The new standard, OVF 2.0, captures the nature of the IP address and much more, such as the bandwidth needs and security characteristics of the virtual machine’s networking. It can embed this information in the combined package of files that represents a cloud computing workload so that it may be used by the next cloud service, or it can be kept external to the package. That would allow the networking information to be changed, perhaps as the virtual machine arrives in a more congested setting, without changing anything else in the package.

“This is a big step forward … All of this helps in movement between clouds,” said Winston Bumpus, chairman of the DMTF standards organization, formerly known as the Distributed Management Taskforce, which originated OVF. Bumpus is also director of standards architecture at VMware.

OVF, so far, has served as the one neutral format that different virtualization vendors have supported, while declining to support those of their competitors. Because of OVF, a VMware workload built to the specifications of the ESX Server hypervisor can be translated into an OVF format, then imported into Amazon Web Services EC2 compute cloud. Amazon uses a different format entirely, a proprietary version of the open source Xen hypervisor format called Amazon Machine Images. Microsoft’s Hyper-V also supports OVF, as does Citrix Xen Server, Oracle’s Oracle VM and Red Hat’s KVM. OVF is a sort of halfway house. In no case does it directly translate from one hypervisor format to another, but it is used as an import/export format that each hypervisor will work with.

Another feature of version 2.0 is its ability to encrypt a workload for movement over the network. Encryption is often applied to individual files, but a virtual machine is actually a set of files. OVF 2.0 recognizes that and handles the encryption for the entire package, said Bumpus. In the first OVF release, only selected “instances” or software files within the workload could be ordered to be encrypted.

Version 2.0 allows a virtual machine to be assigned shared storage. Instead of needing to know which disks it has been assigned, it can be referred to a shared pool of storage, with the storage management system handling the details during operations, said Bumpus.

The DMTF may find users will grow to like the concept of shared resources and lobby for additional types. In the future, DMTF may be asked to include a shared database system, noted Bumpus.

Placement preferences may also be included in the virtual machine’s formatting. For example, sometimes two virtual machines need to work in close harmony, and placing them on the same physical server would allow them to communicate across the server, instead of across the external network. In other cases, they might be highly CPU intensive and lead to contention if placed on the same server, so the assignment preference can direct that they be kept separate.

These changes will be allowed to percolate through the OVF user community, and DMTF will listen for feedback on how they’ve been implemented and whether they should be changed. At a later date, OVF 2.0 will be submitted to the American National Standards Institute (ANSI) and the International Standards Organization. Both bodies reviewed and adopted OVF 1.0 as a standard, Bumpus said.