Communications integrator, Orange Business Services, is stepping up its cloud offerings in the local market in the next couple of years. It plans to extend its strategy through new hybrid cloud models, combining private, public and virtual-private clouds to customers, and is launching a series of new cloud computing services including collaboration, real-time applications, infrastructure, security, vertical solutions and cloud-ready networking. 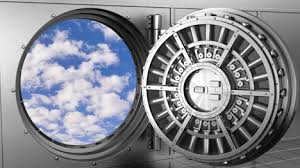 Orange has its own infrastructure in Australia where it will be hosting the cloud services. The company has previously gone after global customers, but its also targeting local customers. Last year, it generated $141 million in revenue from cloud computing, representing 33 per cent growth compared to 2011.

“We work with customers to understand their requirements and what they want out of the cloud offering,” he said.

In Australia, Orange is particularly strong within the mining and resources sector and also has a channel model in place, working with system integrators to provide infrastructure-as-a-service or storage-as-a-service.

“We’re working with system integrators that don’t have their own datacentre and want to leverage the global capabilities of a company like Orange. They can focus on their capabilities, which is the application layer and leave the infrastructure layer to someone else,” he said. “We don’t conflict with them. Anything related to applications that we don’t traditionally offer outside of contact centres and unified comms, we’re not going to touch.”

Analyst firm Frost and Sullivan reported that Australia’s cloud-computing market was worth $US882.4 million in 2012, with a trajectory of reaching $US3.33 billion in 2016, growing at 40.3 per cent per year.