Computer giant Oracle is setting up a data centre “in the Thames Valley” in order to retain and capture government cloud computing business. The data centre is Oracle’s second in the UK after Linlithgow in Scotland, which it picked up when it acquired Sun Microsystems. The move is partly to defend existing business in the UK public sector, but also to win new business as the government moves towards a “cloud first” policy in a bid to squeeze IT costs. 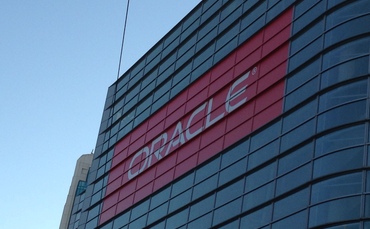 The new data centre will be opening in June or July, will be filled with Oracle Sparc-based hardware running both Solaris and Linux, and will offer both applications “in the cloud”, as well as infrastructure-as-a-service (IaaS). Users will be able to use both Oracle’s enterprise database, in addition to Oracle’s MySQL open source database.

The new facility will be dedicated to support of G-Cloud services to the UK public sector and compliant with IL3 (Business Impact Level 3) standards, as required to offer services under G-Cloud.

Independent software vendors will also be able to use the data centre to provide Oracle-based applications and services to public-sector customers.

“We applaud the G-Cloud programme and believe it represents a significant step change in the provision of public-sector IT services,” said Mark Hurd, president of Oracle, who is in London today for the Oracle CloudWorld roadshow.