Oracle CEO Larry Ellison introduced his company’s Social Relationship Management Platform at the Oracle OpenWorld conference with the claim that it differs from all competing enterprise social media products in that it is a platform, not just an application. 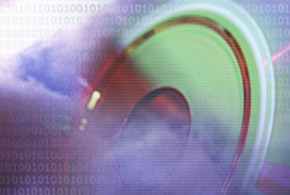 Because the social media capabilities are built as a platform, those capabilities are part of the whole range of Oracle software-as-a-service (SaaS) applications for human resources, customer relationship management (CRM), sales, marketing, finance, recruiting and more, Ellison said during his second keynote address the afternoon of Oct. 2 at Oracle OpenWorld in San Francisco.

“We implemented [social] not at the application layer but at the platform layer. That means every application you build inherits the benefits of social technology,” he said.

The elements of the Social Relationship Management Platform were detailed earlier in the day in a presentation by Thomas Kurian, executive vice president of Oracle product development, who also revealed an expanded list of SaaS-delivered apps.

New in social media apps is the Oracle Data and Insight Cloud Service, which aggregates customer-related data from enterprise, social and external sources to integrate it with business applications like CRM. The Oracle Social Sites Cloud Service lets developers create company Websites that run on social media sites including Facebook, Twitter and Google +.

“We believe that social media can transform how you run a number of business processes because that’s where your customers are,” Kurian said.

The social media platform monitors comments about a company on social media and engages with customers about their concerns. The platform can also be used by an enterprise internally to engage with employees, he said.

Ellison said that Oracle developed its Social Relationship Management Platform based on its own research but also through a number of recent acquisitions of companies such as Collective Intellect, Involver and Vitrue.

Other major enterprise software companies, including Microsoft and SAP have made social media acquisitions of late as they look at the success of social media sites in the consumer world and apply them to the enterprise market. Salesforce.com touted its own enterprise social media offerings at its Dreamforce 2012 user conference just two weeks ago, also in San Francisco. Salesforce would likely take issue with Ellison’s claim that it was only offering a social media application rather than a full-scale platform.

Gigya started in 2006 when consumer social media was in its infancy, but CEO Patrick Salyer saw its potential for the enterprise. “We thought the whole Web would become social,” said Salyer.

When a Website invites a visitor to sign up for a service using Facebook or Twitter, it is actually Gigya behind the scenes providing the functionality to their visitors, Gigya can provide the infrastructure to do that quicker and at a lower cost than if the customer built the service themselves, Salyer said.

While Gigya isn’t as well known as Salesforce, Oracle and Microsoft in social media, the company stands to benefit as all sorts of companies seek to get into the enterprise social media market, he said.