Oracle this week explained its plans to push into the $72 billion cloud-computingmarket. During a phone call with reporters on Monday, Oracle president Mark Hurd gave more detail on the plan the company had first unveiled on January 15. Oracle is trying to grab a slice of the “infrastructure-as-a-service” (IaaS) market away from Amazon, Rackspace, Salesforce.com, IBM, and others. 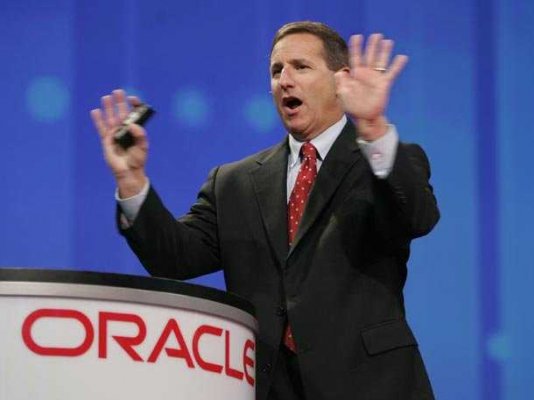 Cloud computing is a vast market, involving software apps, storage, computing power, and other resources. The infrastructure part of cloud usually involves providing the basic computing resources on which customers can run operating systems and software of their choosing.

Oracle’s scheme is completely different from the way most companies approach IaaS.

Oracle will install its high-end hardware, which it calls “engineered systems,” loaded with Oracle software in a customer’s data center. The customer doesn’t share those systems with others—a differentiator from most cloud setups. It pays a monthly fee to rent them. This is often called a “private cloud”—but involving hardware, not just software.

“You’ve got [Salesforce.com CEO Marc] Benioff on the one hand, saying Oracle doesn’t get the cloud and Oracle saying hold on a second, a lot of mission-critical applications might be better behind the firewall, in a private cloud setting,” he said. “In that environment, Oracle has a lot of strengths.”

Sherlund is referring to a long-standing feud between Oracle CEO Larry Ellison and Marc Benioff which dates back to 2011. That’s when Benioff called Oracle’s products “the false cloud” and Ellison called Salesforce.com “the roach motel of clouds.”

Benioff was right in some ways. Oracle can’t offer its software in the same manner as Salesforce.com. Its software was built before clouds, when companies didn’t share software or hardware, a concept called “multi-tenancy.”

“Oracle can’t do what Salesforce.com has done and create multi-tenancy apps out of on-premise apps that were never designed for multi-tenancy,” Sherlund said. “Faced with that obstacle, Oracle redefines the problem.”

Oracle’s customers could very well love this. Most enterprises are starting to experiment with cloud computing, but they won’t trust their most important data and databases to it. After all, Amazon is known to go down fairly frequently.

The pay-as-you-go scheme isn’t really cheaper for companies, much as leasing a car isn’t always a cheaper deal than buying it. Oracle customers must sign a three-year deal and they’ll pay 80% of the list price for the hardware, plus pay for the software and a monthly usage fee on top of that, reports InformationWeek’s Doug Henschen.

But they won’t have to come up with millions of dollars up front, which may attract some.