Oracle big boss Larry Ellison is not only embracing cloud computing, he’s making it as the core business of his software firm, which Forbes said was mainly responsible for building up his estimated net worth of $41 billion.

Mr Ellison is highly upbeat on growth prospects of Oracle, already the dominant database service provider of just about every major global company, based on estimates by Reuters. 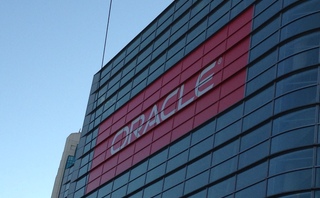 And one of the world’s richest men intends to anchor his company’s future expansion on a technology that only four years ago he had vigorously rejected as a fad that would quickly die out of natural death.

He was wrong and apparently learned from it. In an interview with U.S. network CNBC, Mr Ellison dismissed speculations that like in the past, Oracle would pursue more revenue opportunities by taking on acquisition mode.

On the contrary, Mr Ellison insisted that the software giant is not anywhere “focused on any large acquisitions.”

“We think the organic growth opportunity is in the cloud,” Reuters reported him as saying on Tuesday in San Francisco.

The glimpse allowed by Oracle during the system’s preview was at best a tease, the tip of a huge iceberg submerged beneath, the company CEO stressed. “You ain’t seen nothing yet,” Mr Ellison underscored.

Oracle’s brand of cloud computing was designed to be all embracing in order get a considerable edge over its rivals such as Amazon and Salesforce, which actually were pioneers in the field.

What can be found on Oracle’s tray are basically what global firms do need – operating systems, databases, computer programs and online computing infrastructure, thus eliminating the task of shopping around for other services that companies may require, Ms Wettemann pointed out.

And along with his growth road map for Oracle, Mr Ellison disclosed too that he’s putting into good use the vast land holdings that he had purchased in Hawaii earlier this year.

The island of Lanai, almost 100 per cent of which now under his name, according to Mr Ellison, will become a modern place that is equally a model for green living, where electric cars will roll off on its roads and where a water-treatment plant will manufacture fresh water out of the abundant sea water surrounding the estate.

Once a sprawling plantation for the tropical fruit pineapple, Mr Ellison also plans to plant, harvest and export fruits, with Japan as his chief market, The Associated Press (AP) reported on Wednesday.