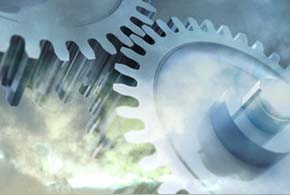 Forrester analysts James Staten and Charlie Kun Dai provided their views during a session in which the pair provided survey results on what is actually going on in China. In a survey of 150 cloud and virtualization practitioners in China, 33 percent said that they are considering using OpenStack to build private or public cloud solutions—or both—to deliver OpenStack services.
While 28 percent of those polled said that they currently have no plans for deployment and are currently just learning about the architecture and the technology, 26 percent of respondents said that they are considering using OpenStack to build a private cloud system for their own companies’ needs. Of the respondents who are already engaged in some form of OpenStack initiative, 51 percent indicated that that are at the beginning of the process, while 26 percent said that they have already begun internal testing. Additionally, 16 percent indicated that they are already in active development, and only 7 percent said that they have actually begun online operations.
Hui Cheng, CEO of OpenStack startup UnitedStack, provided some color on the state of OpenStack in China during his session in Hong Kong. According to Cheng, there are 2,200 individual members of the OpenStack Foundation in China. UnitedStack did its own survey of OpenStack user adoption in China, surveying 410 people representing 350 Chinese enterprises. The UnitedStack survey found that 21 percent are deploying OpenStack for development and testing, and 17 percent have it for a proof of concept, though only 3 percent are using it for full production use.
In the Forrester analysis, lack of professional training was cited as a concern by 31 percent of respondents. The need for training is a concern that the OpenStack Foundation itself understands, which is why the group recently started an online training marketplace. The Forrester researchers found that 27 percent of respondents perceived OpenStack to not be a friendly environment for end users, and 19 percent considered a lack of professional OpenStack service support as a concern. UnitedStack’s data echoes that of Forrester in many respects. Nearly 16 percent said that the OpenStack dashboard is not user-friendly enough for their needs, and 50 percent identified a lack of OpenStack engineers as being a challenges. It’s important to remind people that cloud is not necessarily a threat to IT operations, Staten said. Rather, it should be viewed as being part of a company’s portfolio, he said. “Think about OpenStack as the main entry point for the entire IT environment,” Staten said. “So the sooner you can get IT people on board with OpenStack, the better.”
Share this
0 likes
Related Articles
0 Comments