Open Invention Network (OIN) is the latest company to buy into the concept of OpenStack. The company, which describes itself as a “collaborative enterprise” that enables open source innovation around Linux by acquiring and licensing patents, has extended its Linux-protective network to include OpenStack and other cloud computing technologies. 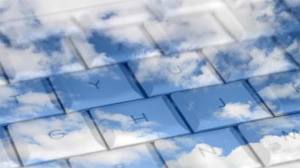 “Cloud computing’s flexibility and scalability are enabling previously unimagined innovation and value creation,” said Keith Bergelt, CEO of Open Invention Network, in a prepared statement. “Our objective with this important extension is to support that innovation.”

According to OIN, the expansion of support will “beneficially broaden” OIN’s cross-license coverage, furthering its more than 700 community members’ ability to share Linux-related technologies and offer an incentive to Linux developers, distributors, sellers, resellers and end-users to collaborate around and invest in Linux.

Maybe it comes as little surprise that OIN is supporting OpenStack, considering the eight-year-old organization began with the backing of companies that support the OpenStack project, including IBM and Red Hat.