Only 38 percent of firms use cloud solutions

Only 38 per cent of firms surveyed by Gartner Consultancy have utilised cloud computing as part of their data storage strategy. 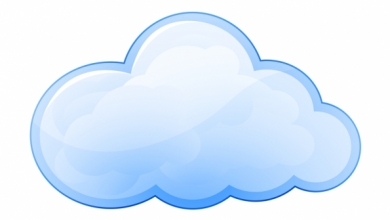 Although usage of the resource is expected to rise rapidly in the coming years, this research will come as a blow to companies such as Google, Microsoft and Oracle, which will want to substantially increase their market coverage as soon as possible.

However, in more positive news for the providers, 80 per cent of organisations commented that they intend to implement a cloud strategy within the next 12 months – showing there is still an opportunity to expand sales in this market.

But this increased take-up also presents challenges for cloud firms, who will have to increase their server capacity to deal with a potential doubling of users within a year.

This will likely come through the use of third party data centre providers, such as Amazon – but even these companies have had problems coping with demand.

A recent outage (August 26th) that hit a server facility in Virginia, US, that was caused by unexpected demand caused Netflix, Airbnb, Instagram and Vine to all experience several hours of down time.

This just shows how important it is that the tech firms responsible for this plan thoroughly for increased usage before it comes to fruition, according to Gartner.

The consultancy argues that heightened demand is being led by the reality cloud services are an inevitable part of the future for all businesses handling their operations online.

Gregor Petri, research director at Gartner, commented: “Cloud computing is set to have a considerable impact on business in the future which is reflected in the survey finding that around 60 per cent of organisations plan increased investment over the next two years to five years, while only six per cent plan to decrease investments in cloud services.”

Gartner is holding a symposium and IT exhibition in a number of locations around the world in the coming months, with the agenda expected to be dominated by debates around cloud provision.

The nearest event to the UK will take place in Barcelona, Spain, on November 10th to 14th.