The recent scandal about U.S. National Security Administration spying seems to have had a clear negative impact on enterprise data manager thinking about the wisdom of storing data in the United States, but just as importantly seems to have made enterprise data managers more skeptical about hosting providers everywhere and use of the public cloud. 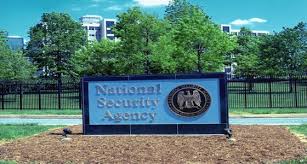 The study, commissioned by Peer1, a hosting provider, surveyed 300 U.K. and Canadian businesses about their views on storing data in the United States.

Some 25 percent of information technology decision makers report they already are moving their company data outside of the United States due to the NSA scandal.

An even-higher percent of Canadian managers say they are doing so, Peer1 Hosting found.

The study strongly suggests the National Security Administration scandal has made United Kingdom and Canadian businesses wary of storing data in the United States.

In fact, 25 percent of businesses are now moving their data outside the United States.

The top hosting concerns defined by the survey were security (96 percent) and data privacy (82 percent).

At the same time, the U.S. remains the most popular place for companies to host data, outside of their own countries.

Fully 69 percent of surveyed data managers say the NSA scandal has made them more skeptical of hosting providers everywhere.

And 57 percent say they are less likely to use a public cloud as a result. None of those developments are positive for the hosting business and public cloud services in general.

Some 77 percent of respondents would rather host their data in a highly facility than in a facility that guarantees top speeds but is less secure (nine percent).

Nearly 33 percent of respondents say the recent news that the NSA collects information on mobile phone calls in the countries of its allies will impact their data hosting decisions.