Network World – Just as industry watchers have predicted, the race to the bottom for cloud computing prices continues. On Thursday, while announcing that the beta tag has been removed from the Google Compute Engine (GCE) cloud service, Google also reduced prices for the on-demand virtual machines by 4% across the board. Not to be outdone, about 12 hours later — almost as if it was waiting for a competitor to make such a move — Amazon Web Services (AWS) announced a 26% drop in prices for its Windows virtual machines (VMs) on demand. Take that Google, AWS seemingly said. 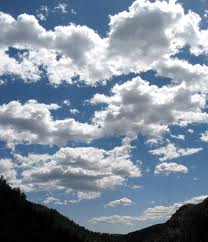 Like most of the price reduction announcements from AWS, the market-leading cloud computing infrastructure as a service (IaaS) provider, this week’s announcement of a price drop on AWS virtual machines (VMs) applies to only a subset of its services, this time focusing on its Microsoft Windows products.

The news of AWS’s price reduction was seemingly in response to the announcement by Google that same day of its Amazon-competitor cloud. In a blog post earlier in the day on Thursday, Google engineers said the beta tag has been taken off the company’s GCE. The IaaS on-demand VM service complements its Google App Engine (GAE) platform as a service (PaaS) already available on the market. Customers can now use GCE without being invited to do so by Google and without special arrangements from a salesperson, it said. There is a catch though: It requires a Gold support package, which costs $400 a month and includes 24/7 phone support and consultation on architecting the service.

In a blog post announcing its price reduction on Windows VMs, Amazon said the move represents a focus the company has on offering Microsoft products and services from its cloud. In recent weeks the company has also advanced support for SQL Servers that run in its cloud by adding new drivers that increase performance and the number of supported volumes instances can handle, for example.

The effort to focus on Microsoft has been seen by some as one piece of Amazon’s strategy to butter up its cloud services to entice enterprise buyers. Business Insider recently reported that Amazon is hiring sales reps pushing into the enterprise market faster than any other company selling to the enterprise, for example.