Nokia Siemens Networks will expand the role of cellular base stations with a new platform that will store and deliver some application data locally, while tapping into information about subscribers and traffic to improve the process. The company announced the system, called Liquid Applications, at an event in Barcelona on the eve of Mobile World Congress. Liquid Applications can improve consumers’ mobile experience but cutting delays as well as delivering more relevant content, CEO Rajeev Suri said. 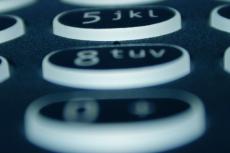 Caching data in base stations is not a new idea, but NSN says it is going beyond that with Liquid Applications. The platform uses both cloud computing and processing in base stations, moving tasks around based on current conditions and the subscriber’s location and needs, said Marc Rouanne, head of mobile broadband at NSN.

“That’s why it’s liquid. It moves and it learns,” Rouanne said.

Among other things, querying information about nearby hotels and restaurants while connecting to the network through a base station with Liquid Applications could bring a user more relevant local information, more quickly, according to NSN. In addition, being able to cache some content locally would help a carrier to offer guaranteed high performance for watching a special event, such as a concert, Suri said.

Though carriers continue to seek more spectrum and faster radios to improve raw performance, mobile users’ experiences ultimately are shaped by how the applications they are using perform. Customer experience management has been a focus at NSN and at some other vendors, but those functions have been taking place mostly in the core of the network. Liquid Applications would allow some of them to take place at the edge, taking advantage of a base station’s local awareness.

NSN also is not alone in looking to real-time network information as a tool for improving subscriber experience. Cisco Systems is using MWC as a platform to introduce its Cisco Quantum platform, which also will tap into data about current network performance, subscriber status and other factors.

App developers ultimately should be able to take advantage of Liquid Applications to improve their offerings, Rouanne said. The system could even be adapted to run on base stations from other vendors, he said, though it would be “very beautiful” on NSN’s own.

Before introducing Liquid Applications, Suri played up NSN’s belt-tightening and revenue gains over the past year, saying the company has eliminated or set plans to eliminate seven businesses and carried out major job reductions. The slimmed-down company posted a year-over-year revenue gain of 45 percent in the final quarter of last year.