The Chief Executive Officer of MainOne Telecommunications Services Company, Ms. Funke Opeke, has said cloud computing represents the future in the Information Technology (IT) sector and remained the sure way to drive the next generation technology. 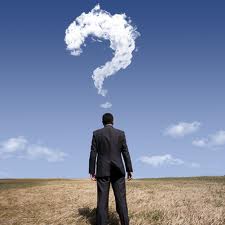 She also noted that in cloud computing, deployment of the service is easy while it utilises service providers that are geographically dispersed.

The MainOne CEO added that global market for cloud computing is growing in leaps, and that globally, 30 per cent of IT budgets in 2013 would be spent on cloud computing. “By 2014, it would have generated about 14 million jobs. In Africa, the Cloud Market will grow to $35.6 billion by 2015 and Cloud services revenue will reach $148.8 billion worldwide in 2014 of which 60 per cent of this will come from North America”, she said.

Opeke described MainOne as a major driver of cloud computing in West Africa as it carries traffic for the major West African, Nigerian and Ghanaian based telecom operators, Internet Service Providers (ISPs) and Enterprise since commencing operation. MainOne is also the only West Africa Data Centre to partner with International Data Center Group of over 200 carriers and over 33 data centres She further highlighted part of MainOne’s contribution to cloud computing to include collaboration with Google, adding that the collaboration delivers cloud based Google Apps at Nigerian universities enabling students to access documents from the cloud anytime, anywhere.

Another cloud initiative of MainOne is the i-HQ project, an innovation hub in Lagos which has provided connectivity to schools, health centers, businesses and government agencies in Lagos.