Computer scientists at Trinity College Dublin and IBM Dublin have made a significant advance that will allow companies to reduce associated greenhouse gas emissions, drive down costs, and minimise network delays depending on their wishes. 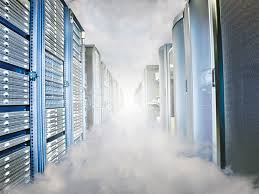 The scientists have dubbed their new system ‘Stratus’. Using mathematical algorithms, Stratus effectively balances the load between different computer servers located across the globe. All of the services on the Internet today are based in the ‘Cloud’, which means Twitter, Facebook or Google mail requests are dealt with by one of thousands of PC servers located at a small number of warehouse-sized cloud-computing facilities around the world.

The cloud-computing facilities consume megawatts of power and generate a level of greenhouse gas emissions that varies depending on factors such as local time, the utility’s fuel mix for electricity generation, and the use of sophisticated power-saving techniques. For example, a facility fed by a coal-fired generator in the middle of a hot summer day consumes power that is both expensive to buy, and which generates a very high carbon output. In contrast, a facility operating next to a large wind farm in the middle of the night will be cheaper and more carbon efficient.

Companies that host their services in the cloud need to buy sufficient capacity to meet demand, but they can choose where in the world they want their servers to be located and can even change this on an hourly basis. Stratus allows a company to set out how much importance they attach to cost, greenhouse gas emissions and network delays involved in servicing their internet load. The algorithms then work out how best to split the load across different cloud-computing facilities to achieve the ‘best’ result.

The research has just appeared in the inaugural issue of IEEE: Transactions on Cloud Computing, which is a new journal in the prestigious IEEE Transactions series. Professor in Computer Science at Trinity, Donal O’Mahony, said: “The overall goal of the Stratus system is to allow companies to procure their cloud computing service in a way that best serves their priorities. If they want to be super-green, it will shift the load one way. If they want to cut costs to the bone, it will shift it another way, or they can choose anything in between.”

To test Stratus, the scientists created a simulation based on three large facilities located at California, Virginia and Dublin. These locations were chosen because they mirrored where Amazon Web Services – a leading cloud provider – has three of their major service centres. Some data centres used state-of-the-art cooling techniques and some did not. Real-time local wholesale prices for electricity were used where available. The team also conducted a study on network delays between various parts of the internet and the three facilities.

In their simulations, the scientists found that by tailoring the algorithms to reduce carbon output, they could achieve a 21% reduction in the greenhouse gas emissions associated with the given load. Likewise, by targeting electricity cost reductions, they could achieve a 61% saving over simply splitting the load evenly. By assigning weights to each factor, the load could be spread to fully reflect individual preferences.

Computer scientist Joseph Doyle, who designed the simulation, added: “We know there are imperfections in the data we have for each of these three regions, but what is important is that our algorithms will respond in real-time to deliver on the companies’ objectives.”

Robert Shorten, Optimisation Researcher at IBM Research, who co-supervised the work, said: “This is a nice example of how mathematical optimisation, control theory and computer science can come together to deliver significant environmental benefits.”