Narayana Hrudayalaya began its cloud journey in 2010, forward looking for any enterprise, let alone one in the healthcare vertical. Narayana Hrudayalaya needed a solution that was scalable and reduced IT administrative overheads. Thus, a decision was taken early on to go for a private cloud and the process was set in motion with a six-month proof of concept at one of its smaller unit hospitals in Jamshedpur with around 40 users logging into the cloud instance. 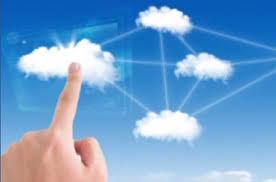 According to Raman, from an ROI perspective, Narayana Hrudayalaya has seen a direct savings in CAPEX payouts and maintenance costs over a 5 to 7 year horizon, estimated at around Rs 25 crore. IaaS has negated the need for putting up in-house infrastructure and its own active DR. Any effort to do so would have involved CAPEX implications of over a crore for each facility.

Other indirect benefits are in fact huge and more relevant, Raman says. The nimbleness of the IT deployment has increased manifold. A new hospital can now be hooked to the standard IT platform in a week’s time as against months earlier.  Narayana Hrudayalaya’s MIS is standardized across the group and this transparency drives constant cost savings and service improvements. Also, concerns around data backup, DR, retaining skilled IT staff, etc. have been resolved.

Raman says, cloud-based IT systems integrated with mobility platforms are the future for all business, not only healthcare. The future he would like to see involves dependable public cloud services offerings by top notch private service providers, which integrate seamlessly with state-wide area networks, provided and maintained by the government as an infrastructure service.