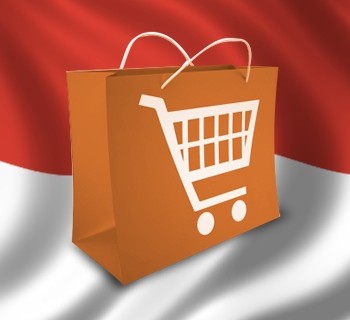 Fetter claims his site is similar to local giants like OLX and Berniaga, but that the existence of direct competitors doesn’t bother him, as Indonesia’s ecommerce game is still in its infancy.
“What I enjoy most is the fact that the market for online buying and selling is still at its early stage of development,” he says. “Only an estimated two percent of Indonesia’s 260 million population is using marketplace platforms such as OLX or Berniaga.”
In addition to Jualo’s buy-and-sell classifieds format, it also encourages users to bargain, negotiate, or even just exchange goods and services without payment. At the moment, Jualo does not enforce any sort of payment platform. Users simply connect directly through the site, and handle payments on their own recognizance.

Agility as an advantage

Fetter is no stranger to the ecommerce realm. In 1999 he founded Dwarz Internet Solutions, a Dutch company that focused on development solutions for other ecommerce businesses. Venturing outside of tech in 2005, he traveled to Indonesia and established the Peduli Anak Foundation, a Lombok-based organization that builds and operates shelters, schools, and medical facilities for former street children of East Indonesia. Fetter continued to run Dwarz as CEO from Lombok until 2013, when he moved with his Indonesian wife and adopted children to Jakarta to start up Jualo. Today, Fetter continues to support his foundation with five percent of Jualo’s profits going directly to Peduli Anak. Jualo also donates items like sporting goods and clothing to the foundation.
Jualo’s features are easy for other ecommerce players to copy, but Fetter says that the “DNA” of his business is more difficult to replicate. Last week, the Jualo team (which currently only has five members) met with more than 100 of its buyers in-person to listen to feedback and understand the site’s pain points when pitted against the competition. Fetter claims Jualo’s agility is what gives him a unique edge over OLX and Berniaga. “Our adaptability to user feedback makes a tremendous difference,” he explains. “Our seller verification tools are a result of implementing buyer feedback directly into our platform.”
Fetter says that since January 2014, Jualo has acquired 100,000 active registered users, with roughly 2,000 additional users signing up each day. Jualo measures activity via new listings posted and the number of transactions executed per user. He adds that returning visitors account for 35 percent of Jualo’s traffic. The site got about four million page views in August.
Next week, Jualo will conduct another 75 buyer interviews to better understand its Indonesian customers. According to Fetter, gaining trust from locals is a top priority for a companny like Jualo. He explains:
The biggest challenge is making sure that all our users have a safe buying experience and conduct an online trade that makes them happy. Each aspect of the trade – from reacting to an ad to buying and paying for the actual goods – should be perfect. Since Indonesia’s internet market is growing at speed, first-time users require a solid […] experience in order for them to gain trust in the online landscape.

Jualo monetizes in a few different ways, which include Google AdSense, fixed banner ads, and premium listings. For a week-long premium listing with increased visibility, the price is US$6. For a month, it’s US$25. Fetter also says he will soon start collecting revenue financed by the consumers, but did not elaborate on the exact plan.
So far, Jualo’s incubation phase has been funded via support from Fetter’s friends. But he claims he will need more money to help the business scale up. Fetter says, “We are now seeking to raise US$1.5 million in growth capital from passionate and dedicated investors […] Our growing user and visitor base in combination with a significant percentage of returning customers confirms that there is a demand for a new and innovative player like Jualo.”
Share this
0 likes
Related Articles
0 Comments