The overwhelming need to provide centralized management and security for multiple types of mobile devices is driving the increased adoption of mobile cloud computing and mobile cloud applications.

This is especially true for organizations adopting a bring your own device (BYOD) strategy. Over time, mobile devices will be able to access many of the traditional mission-critical business applications. 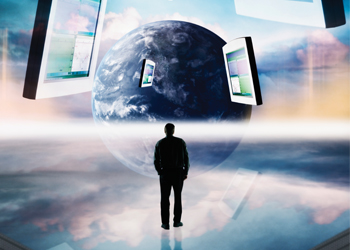 The growing acceptance of the mobile cloud has led to several notable trends in IT. Here’s a rundown of those trends, the advantages and disadvantages of cloud computing and some thoughts on how they might affect organizations going forward:

Stamford, Conn.-based IT research firm Gartner Inc. says that the mobile applications market is highly competitive and attracting the interest of many stakeholders. Gartner predicts that end users will spend about $15.9 billion on mobile applications in 2012, and those investments will in turn drive hardware sales and new technology innovation.

As the workplace becomes more mobile, with about 140 million smartphones and tablets entering companies in 2013 and more than 60% of enterprises endorsing BYOD strategies, custom mobile apps will emerge as a way for corporations to streamline how they do business.

A survey by AppCentral shows that about 19% of enterprises have in-production app stores. Enterprise applications stores are the direct result of BYOD strategies. Companies such as CDW and General Electric have implemented private stores to help take the burden off IT to move apps to individual devices or upload each application to a public app store.

New technologies such as HTML5 and jQuery Mobile are enabling mobile cloud applications developers to build apps with more polish. Mobile cloud apps have the big advantage that they can run on many mobile device platforms that have standards-compliant Web browsers and are much less expensive to build.

Mobile hybrid apps are being used in those cases where on-device features are needed but the mobile cloud app is the preferred mobile app choice. A hybrid app is one that is written with the same technology used for Web apps and mobile Web apps, but is hosted or runs inside a native container on a mobile device. A Web-to-native abstraction layer enables access to on-device features that are not accessible in mobile Web apps.

Independent retailers will begin creating public app stores. BestVendor and Listio are examples of two directory sites that could grow to compete with Apple.

In the near future, as developers move away from native apps, the world will see more consumer applications built as mobile cloud applications — software that resides in the cloud but is accessed via an interface or browser on a mobile device.

The rise of mobile cloud applications can be attributed to the rising cost of deploying and supporting native applications and the fact that development tools are getting better all the time. HTML5 and CSS3 adoption is on the rise, making it easier to design and build mobile cloud apps. Basically, an HTML5 specification tells a Web browser what to display and a CSS3 specification tells the Web browser how to display it.

Corporations are getting pressure from their customers to build mobile cloud apps or make existing applications available via mobile devices. If they fail to do so, they are in danger of losing ground to competitors.

Mobile network operators (MNOs), such as Vodafone and Verizon, and other cloud vendors such as Global One are entering the mobile marketplace with mobile clouds that compete with other non-MNO vendors.

Security is a continuing issue for adopters of mobile technology. Some companies believe the risk of using mobile devices to access and update corporate data is too high. As a result, some companies allow mobile devices read-only access to corporate data, but not write access. Other companies, such as some financial institutions, allow customers to update their accounts using mobile devices. Authentication mechanisms are available to control how mobile cloud apps use data, locking down sensitive proprietary data while making less risky data more available.

Mobile clouds centralize the management and security of mobile devices, placing mobile device users into a safer, more controlled environment. This is being driven by the plethora of mobile devices of differing types, with different operating systems.