Mobile Apps: The Smartness within

The convenience of mobile apps has made our phone smart as the computer programs that runs on our mobile phones, tablets and other mobile devices has made its ways through. The term “app” is a shortening of the term “application software”. It has become very popular and in 2010 was listed as “Word of the Year” by the American Dialect Society. In 2009, technology columnist David Pogue said that newer smartphones could be nicknamed “app phones” to distinguish them from earlier less-sophisticated smartphone. 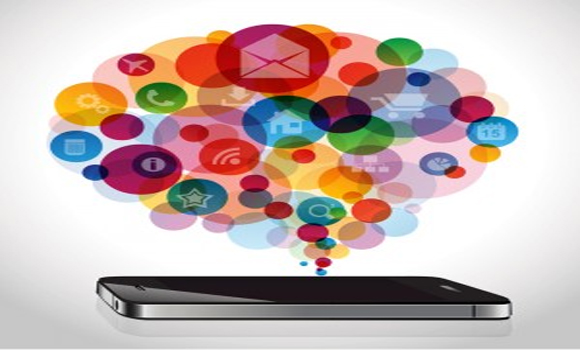 The popularity of mobile apps has continued to rise, as their usage has become increasingly prevalent across mobile phone users.  A May 2012 comScore study reported that during the previous quarter, more mobile subscribers used apps than browsed the web on their devices: 51.1% vs. 49.8% respectively. Researchers found that usage of mobile apps strongly correlates with user context and depends on user’s location and time of the day.

Developing apps for mobile devices requires considering the constraints and features of the mobile devices. These devices run on battery and have less powerful processors than personal computers and also have more features such as location detection and cameras. Developers also have to consider a lengthy array of screen sizes, hardware specifications and configurations because of intense competition in mobile software and changes within each of the platforms.

As part of the development process, mobile user interface (UI) design is also an essential in the creation of mobile apps. Mobile UI considers constraints & contexts, screen, input and mobility as outlines for design. The user is often the focus of interaction with their device, and the interface entails components of both hardware and software. User input allows for the users to manipulate a system, and device’s output allows the system to indicate the effects of the users’ manipulation. Mobile UI design constraints include limited attention and form factors, such as a mobile device’s screen size for a user’s hand(s). Mobile UI contexts signal cues from user activity, such as location and scheduling that can be shown from user interactions within a mobile application. Overall, mobile UI design’s goal is primarily for an understandable, user-friendly interface. The UI of mobile apps should: consider users’ limited attention, minimize keystrokes, and be task-oriented with a minimum set of functions.

One needs to get ready for the mobile business app revolution now as well. Remember, we have two revolutions taking place: a hardware revolution (where our primary personal computer is shifting to our mobile devices like smart phones and tablets) and a software revolution (which is the mobile apps that will run on those devices). That means the rise of mobile apps for all business functions is a hard trend you can’t ignore. So you need to have the core competency of developing your own mobile apps that can give you competitive advantage, rather than relying on off-the-shelf apps you and your competitors can get through various app stores. The companies that transform their business processes using mobility will achieve new levels of success.

Gradually the Mobile Apps are also taking significant positions in users’ daily life. Thus they are becoming new ‘man’s best friend’. There are example of apps like VithU and UrLifeLine that will be your savior in   most of the emergent cases. The tendency of depending on mobile app’s accuracies all over the world to take important timely decisions is on a rise. The advantage that these apps enjoy over the personal computer based applications that these apps shall always be in the pocket of the user and can be used as and when they wish, shall continue to contribute towards their impact trends and worth.

Xcluesiv Cloud Technology believes that technology is the solution to every challenge. The team of experts at Xcluesiv possesses proven capabilities to develop integrated solutions including mobile apps development. Provision of integrated technology solutions that would help simplifies the automated complex business workflows remain an ideal for our team. Only recently Xcluesiv successfully developed UrLifeLine mobile app which is meant to be an emergency location apprising application. Xcluesiv look forward to continue its endeavor in mobile app development meeting all technological challenges for potential users.