It looks like it’s full-steam-ahead for Microsoft Research’s ‘Drawbridge’ library OS technology. According to a job posting for a software development engineer in test on the Microsoft careers site (which Charon at Ma-Config.com unearthed this past weekend), Microsoft is working on “delivering v1 of a new virtualization technology for Windows Azure.” That technology, according to the job post, is “Drawbridge,” which is an operating system technology developed by some of the same individuals who created the “Singularity” microkernel. 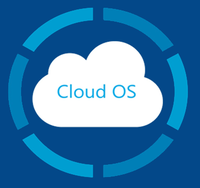 The job posting describes Drawbridge as “an innovative new hosting model.” Microsoft officials prevsiously have described Drawbridge as “a form of virtualization that seeks to replace the need for a virtual machine to run software across disparate platforms.”

A 2011 white paper describing Azure explained that cloud hosting services like Amazon’s EC2 and Windows Azure “might use the library OS design to substantially lower their per-sandbox costs.” The authors noted that even though “VMMs (virtual machine managers) offer the benefits of a complete OS, and thus will likely always have their place in server consolidation, the library OS uses far fewer resources and thus offers lower costs, particularly for cloud applications with low CPU utilization.”

There’s no word in the aformentioned job post about when users can expect a preview/test of Drawbridge running on Windows Azure. I’d be surprised if anyone from the company mentions it on January 15 during a Cloud OS briefing for press and analysts. (Cloud OS is the term Microsoft is using to refer to Azure the Windows Server OS and, increasingly, other technologies including System Center and SQL Server.)

During tomorrow’s Cloud OS briefing, Microsoft officials are on tap to “detail several new Microsoft management products and services, which deliver against Microsoft’s Cloud OS vision,” according to the invitation I received. I’d assume that the recently released System Center 2012 Service Pack 1 will be a main topic of conversation. The Configuration Manager piece of System Center SP1 — along with the fourth version of the Windows Intune management service (which is hosted on Windows Azure) — is key to Microsoft’s strategy for managing Windows 8, Windows RT, Windows Phone 8, ioS and Android devices.