Microsoft, the sleeping giant of the cloud

We’re accustomed to thinking of Microsoft as a lumbering giant encumbered by its PC legacy. But think about it: What other company in the world has such a massive collection of software and services to offer through the cloud, not to mention the cloud infrastructure to deliver it? Microsoft has the resources to crush it. The question, as usual, is how well it can execute. 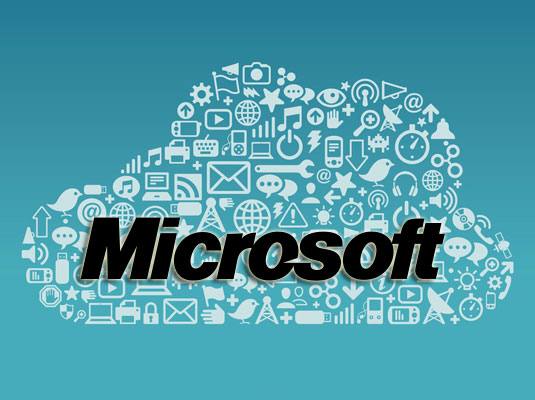 Brad Anderson, corporate vice president of the Cloud and Enterprise division at Microsoft, helps oversee a big chunk of the private and public cloud portfolio: Windows Server, System Center, SQL Server, Windows Azure, and Visual Studio. InfoWorld Executive Editor Doug Dineley and I spoke with him for over an hour last week. In particular, our conversation focused on the connection between Windows Server and Azure, although we began by addressing the commitment Microsoft has made to its public cloud.

Gearing up for dominance
The Microsoft reorg changed the name of Microsoft’s Server and Tools division to the Cloud and Enterprise division. But according to Anderson, little changed in terms of responsibility, except that Global Foundation Services became part of his group. These are the guys who are responsible for Microsoft’s entire data center infrastructure, including Azure data centers.

I had heard Microsoft was investing heavily, but still, I was surprised by the scale. “We think that we were the No. 1 purchaser of servers in the world last year,” says Anderson. “Every six months we’re having to double our compute and our storage capacity. To give you a frame, in the last three years we’ve spent over $15 billion on cap ex.”

That’s one heck of a cloud launching pad. Plus, although Office 365 is outside Anderson’s purview, he couldn’t resist noting it reached a $1 billion annual run rate faster than any product in Microsoft history (although some have questioned that claim). In addition, back in June, Azure general manager Steven Martin claimed that the number of Azure customers had risen to 250,000 and was increasing at the rate of 1,000 per day.

No doubt many of those Azure customers were drawn by Microsoft’s decision in mid-2012 to offer plain old IaaS (as opposed to PaaS), which InfoWorld’s Peter Wayner characterized as having “great price-performance, Windows toolchain integration, and plenty of open source options.” You can bet a bunch of customers will also discover Azure by crossing the bridge Microsoft is building between Windows Server and System Center on the one hand, and Azure services on the other.

The boundaryless data center
The overarching message is that Windows Server customers can now use Azure as an extension to their local server infrastructure. “We’re the only organization in the world delivering consistency across privately hosted and public clouds,” Anderson says. “You’re not going to be locked into a private or to a public cloud. You can dev and test in Azure, deploy on private. You can move your virtual machine up into Azure without changing a line of code, without changing your IT processes.”

Anderson calls this approach “cloud first.” As he explains, “Our engineering principle is ‘design for the cloud.’ Design for the reliability, scalability, security, availability of a public cloud service, and then take the learning and bring it to organizations to run in their data centers. Let the rest of the world benefit from what we’re learning in Azure.” Apparently, this applies to a broad swath of Microsoft enterprise products, including many of the improvements in Windows Server 2012 R2 Hyper-V.

When asked how Windows Server customers can take advantage of the close coupling to Azure, Anderson emphasizes storage. He notes the StorSimple solution that Microsoft acquired a year ago: “We have a solution where the hot blocks of data stay local — and you take the cold blocks of data in your volume and you move those to Azure. StorSimple allows us to do that kind of a policy to where now you have a boundaryless, bottomless file server — because you now have all the capacity of Azure backing your file server.”

What kind of hybrid cloud use cases is Anderson seeing? Are customers actually “bursting” from their local Windows Server infrastructure to Azure? “You have organizations that are saying … hmm, maybe I’ll put all my Web servers in the public cloud, while keeping the data tier in their private data center. So you could say that’s bursting. That’s a hybrid service run in a hybrid cloud model. We see that a lot,” Anderson says.

Making the leap
The hybrid cloud scenario being promoted by Microsoft in its Cloud OS campaign is a work in progress, but clearly, many of the pieces are in place. For example, Azure Active Directory moves the “authoritative source for enterprise identity,” as Anderson puts it, to the cloud. Customers can even determine which Active Directory components they want to move to the Azure cloud and which they want to maintain locally.

Microsoft launched Azure two and half years ago. Azure’s share of the IaaS market may be tiny compared to that of Amazon’s, but in part that’s because Microsoft had stubbornly pushed Azure as a PaaS until it began offering IaaS in summer 2012. Based on the Windows Server backup and disaster recovery services offered by Azure alone, I have a feeling we’ll see the number of Microsoft cloud customers ramp up quickly.

Meanwhile, it will be interesting to see how Microsoft combines Azure with Office 365 — and even Microsoft Dynamics CRM — to create complete cloud solutions for small and midsize businesses. It remains to be seen how cost effective such solutions might be and whether Microsoft is willing to make a more sincere effort to stretch across platforms than it has with, say, Office 365 for iOS or Android. But the potential is there.

InfoWorld has hammered Microsoft on the client side, with negative reviews of Windows 8 and Windows Phone. For enterprise customers, those missteps mean little over the long haul as the center of computing moves to the cloud. Microsoft’s hybrid cloud strategy shows promise — and few can match the resources behind its public cloud infrastructure. If Microsoft can avoid major blunders, it should be able to deliver the kind of total, turnkey cloud solution that no other vendor can muster.