Microsoft fronts up for cloud battle with Infrastructure Services release 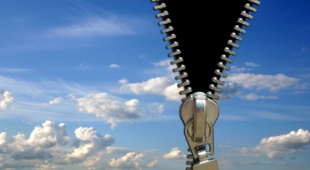 “Our announcement today is a significant step in our cloud computing strategy, which has been influenced directly by our discussions with customers and partners around the world,” Bill Hilf, general manager of Windows Azure, wrote in an Azure blog.

Microsoft’s cloud agenda has been evident for some time, with CloudTech previously reporting on the tech giant’s set at Convergence 2013, whereby hotly anticipated releases such as Exchange Server, Lync and Dynamics CRM continue to emphasise the roadmap for a cloud, device and services strategy.

But with an IaaS solution, is Microsoft in a position to challenge AWS as the market leader? Well, the prices certainly seem to play into that market – IaaS and PaaS VMs are to be reduced by between 21% and 33%, with customers promised a benefit however they choose to buy the product.

Adoption figures prove that Microsoft still has a long way to climb before attaining Amazon’s level of success. Recent Forrester research indicated that 71% used AWS for cloud computing, compared with only 10% for Microsoft.

Yet that doesn’t tell the full story. Forrester analyst James Staten, offering his cloud predictions at the turn of the year, forecast that Microsoft and Google would begin to claw back the huge market share Amazon enjoys through 2013.

And with regard to this week’s announcements Staten advocated that, while Infrastructure Services was a “snoozer”, it was a good strategy, moving forward for enterprise adoption and further showing the maturation of cloud computing.

“Microsoft could have tried to release a fully differentiated IaaS solution, but that only would have caused enterprises to pause,” Staten wrote.

“By being as much of an expected release as possible, Microsoft is smoothing the way for enterprise adoption.

“This is probably the best validation of the hybrid cloud model from a major tech supplier so far this year,” he added.