Microsoft has announced a major expansion of its Windows Azure services in Asia, set to reach “hundreds of millions of dollars.” The news follows a post from Satya Nadella, president of the Server & Tools Business at Microsoft. “As the worldwide demand for cloud computing continues to grow, so does Windows Azure,” Nadella says. 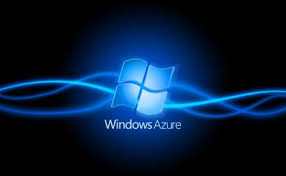 “Microsoft is the only at-scale global public cloud provider to deliver a hybrid cloud advantage and we’re excited to announce plans to invest hundreds of millions of dollars to expand the Windows Azure footprint in Asia – specifically in China, Japan and Australia.”

In Shanghai last week, Microsoft CEO Steve Ballmer announced that a Public Preview for the Windows Azure service, operated by 21Vianet in China, will be available for sign-up starting June 6.

“The announcement in China builds on the agreements we signed November 1, 2012, with the Shanghai municipal government and 21Vianet,” Nadella says.

“We are excited to be the first multinational organisation to make public cloud services available in China.”

“These new regions will offer Japanese and Australian customers all the benefits of Windows Azure plus the disaster recovery, data sovereignty and improved performance benefits of local deployments,” Nadella says.

“Customers in Australia and Japan can get started using Window Azure today knowing that they will have the ability to use the same resources locally when the new regions come online.

“With IDC forecasting that Asia’s cloud computing market will reach US$16.3 billion by 2016 (excluding Japan), we’re working hard to bring these new Windows Azure regions and Windows Azure in China, operated by 21Vianet, online and we’ll have more to share closer to launch.

“Together with our global network and existing locations in Singapore and Hong Kong these new locations will help us satisfy the enormous cloud computing needs of the Asia region and the world.”