Microsoft Corporation (MSFT): The Next Leg Of Growth Lies In Cloud Computing

Microsoft Corporation’s next leg of growth lies in cloud computing, which the software giant acknowledges, thanks to increased disclosures that helped investors understand and appreciate the strength of the company’s cloud vision and market momentum. 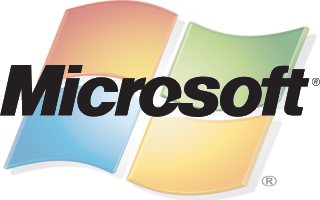 On its recent third quarter earnings call, Microsoft finally broke out some surprising financials that Office 365 is on a $1 billion a year run rate and on April 29 the company disclosed its Azure business including associated software provided to partners to create related Windows cloud services had surpassed $1 billion, as well.

“Flying under the radar has been the rapid pace of MSFT’s build-out of its cloud distribution channel, sales firepower that ‘dwarfs’ the competition,” UBS analyst Brent Thill said in a note to clients.

Microsoft recently announced it has 125,000 global resellers in its “Cloud Essentials” program, up nearly 4 times from 35,000 a year ago as part of its Microsoft Partner Network which will be critical in helping the company capture the enormous opportunity in front of it.

“Cloud stocks have been on a tear in recent years with a basket of the dominant software as a service (SaaS) names having returned more than 50 percent in 2012 and 25 percent year-to-date,” Thill said.

Intuit, Inc. (NASDAQ:INTU) successfully transformed itself from a desktop-focused vendor to a cloud-enabled vendor over the past decade which has proven to be a strong multi-year catalyst for the stock and Adobe Systems, Inc.’s (NASDAQ:ADBE) shift to a subscription-based model has been a strategy cheered by investors, as well.

Industry analyst firm Forrester estimates 20 percent of companies that use cloud computing use MSFT versus 71 percent that use Amazon and thinks Microsoft’s share can nearly double to 35 percent within a year. The firm states MSFT has more net new growth opportunity ahead of it than anybody in the market.

“Amazon trades for 200x 2013E earnings we believe partly on investor excitement for the potential of Amazon Web Services. MSFT trading for 1/20 that valuation at 11x 2013E earnings does suggest there is room for investors to appreciate how well positioned MSFT is for the industry shift towards cloud,” Thill noted.

Meanwhile, Microsoft’s valuation has been pressured by too much investor focus on PCs. Not enough attention has been paid to the strength and durability of its enterprise and small, medium business (SMB) which is estimated to account for nearly two-thirds of Microsoft’s revenue.

Financial metrics show considerable demand strength and commitment from this key customer base, and how well Microsoft is positioned for the emerging cloud computing era, despite concerns around the encroachment of Google, Inc. (NASDAQ:GOOG), Amazon.com, Inc. (NASDAQ:AMZN) and VMware, Inc. (NYSE:VMW).

Unearned revenue has grown double digits for eight quarters now and in key enterprise segments like Server and Tools where it competes with heavyweights like Oracle Corporation (NASDAQ:ORCL) IBM and VMware.

“There are consistent signs that customers are committing to MSFT for the long haul,” Thill said.

Microsoft’s enterprise agreements are typically three years in length, but the company bills annually, so years 2-3 of that contract go into “Contracted not billed.” The first year goes on balance sheet and Microsoft collects the cash, while in the years 2-3 it is off balance sheet “not billed”.

Microsoft’s contracted not billed balance in the most recent quarter was over $21 billion, up 10 percent from last year and nearly 60 percent in just 3 years.

“The narrative that MSFT is a client/server era success story-only and can’t make the transition as enterprises and SMBs move to the cloud is not backed-up by the numbers,” Thill noted.