Microsoft Azure’s cloud outperformed Amazon Web Services in a series of rigorous tests conducted by Nasuni, a storage vendor that annually benchmarks CSPs (cloud service providers). Nasuni uses public cloud resources in its enterprise storage offering, so each year the company conducts a series of rigorous tests on the top CSPs’ clouds in an effort to see which companies offer the best performing, most reliable infrastructure. 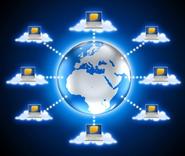 Last year, Amazon Web Services’ cloud came out on top, but this year Microsoft Azure outperformed AWS in performance and reliability measures. AWS is still better at handling extra-large storage volumes, while Nasuni found that the two OpenStack powered clouds it tested — from HP and Rackspace — were lacking, particularly at larger scales.

Nasuni conducted the tests on five of the largest CSPs: Azure, AWS, HP, Rackspace and Google Cloud. A write/read/delete test determined how effective each provider was at uploading data of various sizes (between 1KB and 1GB) to its cloud, recalling the randomly generated file and deleting it. Microsoft Azure was 56 percent faster than AWS S3 when it came to writing data into its cloud, and 39 percent faster when reading data.

Another test measured how reliable the clouds were by conducting a read/write/delete every minute for a month straight and determining how consistent the process is when repeated that many times. Azure was 25 percent faster on average compared to AWS S3 when performing a repetitive task every 60 seconds for 30 days.

A third test measured how the clouds handled increasingly larger file sizes being continuously uploaded to its cloud. AWS came out on top in that test with a variance of 0.6 percent as larger and larger files were placed into its cloud, with Azure coming in a close second with a 1.9 percent variance. The OpenStack-powered clouds were not as reliable when scaled up to extremely large file storage, with HP and Rackspace’s cloud having variance levels of 23.5 percent and 26.1 percent respectively.

This is the second year in a row that Nasuni has conducted the tests and the year-over-year change in the results shows how rapidly the industry is evolving. Last year Nasuni anointed AWS as the top cloud provider with Microsoft Azure in a close second, but both providers had enough errors and performance issues that Nasuni did not consider them mature enough for use in enterprise storage solutions.