OpenStack is a good foundation for a private cloud, but some say it’s hard to master all the skills you need to get the different components to work together. Maybe Python isn’t your thing. Still, you want your cloud operations to be on your hardware in your data center. OpenStack is one way to do it. 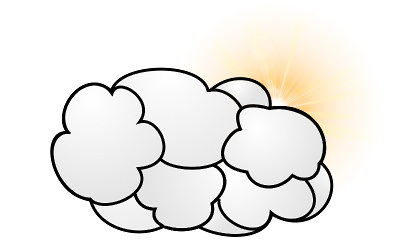 Metacloud says it will do that for you — build an OpenStack cloud on your hardware at your premises — then operate it for you remotely. “It’s a new paradigm,” said Metacloud CEO and co-founder Sean Lynch, a former senior VP of technical operations at Ticketmaster. Metacloud has released its Metacloud Carbon|OS version of OpenStack to serve as the foundation for private clouds.

Is this private cloud as a service (PCaaS)? Is it private cloud with a public operator — Metacloud will manage many private clouds simultaneously from its own data center. Or is it private cloud with a split, hybrid-style operation? Even the National Institute of Standards and Technology, with its long cloud definition, would be challenged this time around. But it’s an idea that many companiesm — daunted by the pace of change, the 1,031 contributors, and the sheer volume of the OpenStack software stack — might find attractive.

There are already firms in the marketplace seeking to help you build your OpenStack cloud, such as HP, Red Hat, Ubuntu, Rackspace and Mirantis. But Metacloud will build and operate your private cloud infrastructure.

Lynch and co-founder Steve Curry, who is the company’s president and a former team leader for Yahoo’s international storage of 100 PBs of data, dispute the notion that OpenStack isn’t ready yet for private cloud prime time. “OpenStack is not immature. It’s just that IT talent doesn’t have all the skills [needed to integrate the parts]. We see a misalignment of IT with OpenStack,” said Lynch.

Carbon|OS is one of the few commercial systems based on the latest Grizzly release of OpenStack, which became available in April. It will run on a variety of hardware, provided the hardware meets Metacloud’s minimum requirements for private cloud operations. That’s in contrast, Lynch said, to being subject to VMware’s requirements that customers use one of its Nicira switches for software-defined networking, he said.

Metacloud’s default hypervisor, which will run the workloads in its private clouds, is open-source KVM, the standard hypervisor of OpenStack. Metacloud establishes three servers as cloud controllers on a customer’s premises, and they carry out OpenStack management functions under the supervision of the Metacloud master cloud managers. One cloud controller may fail and its tasks will be assumed by another.

In addition to high availability, Metacloud believes its ability to build a unified storage system out of commodity server disk drives brings a valuable new feature to OpenStack clouds. The storage system is based on an implementation of Ceph open-source code, which builds storage clusters from distributed disks.

Metacloud was founded in 2011 in Pasadena, Calif. It has 10 clients, with a typical installation of 40 CPU sockets as a private cloud. Tableau Software is an early adopter, and Curry said two streaming media companies are also early customers, though he declined to name them.

Metacloud charges a monthly subscription fee, with a 12-month minimum, based on the number of server sockets under management. Spokesman would not disclose a per-socket fee, but said a typical entry-level configuration consists of a half rack of servers at $300 per socket, or $6,000 a month. A larger deployment would get what spokesmen described as “scale-out pricing” based on higher numbers of sockets.