Marketplaces are the new place to cloud-shop

A few weeks ago Amazon Web Services announced a marketplace for its cloud services in which users could order a variety of applications to run on the company’s cloud servers. Not surprisingly, other cloud providers are now rolling out almost the exact same feature, with Savvis being the latest. 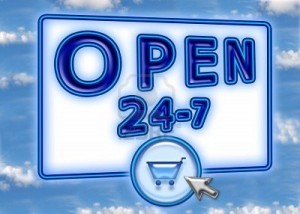 Savvis, which telecommunications company CenturyLink bought last year for $2.5 billion, today announced the beta launch of Savvisdirect, aimed at mid-market enterprises as a public cloud service that includes an app marketplace. It’s meant to complement enterprise-grade cloud and managed service offerings from Savvis, and it will operate as a new business unit within the company. Whereas Savvis is aimed at enterprises because of its focus on virtual private clouds and managed services, Savvisdirect is meant to provide easy on-board, swipe of the credit card access to public cloud resources.

To start, Savvisdirect’s marketplace will include applications from a variety of vendors, including Microsoft Exchange, SharePoint and security programs from Symantec and McAfee, for example. “It’s critical to have fluid, frictionless click-to-buy cloud services,” says Andrew Higginbotham, president, Savvisdirect, noting that the Savvisdirect offering is aimed at IT administrators, developers and business users who want to rapidly onboard cloud-resources and commonly used enterprise applications, but have them hosted in a public cloud-like environment.

In addition to the app store, Savvis will also have virtual servers that can be rented by the hour, month or annually that can be used as a development platform for building new or customized applications, creating a platform as a service layer on top of the traditional Infrastructure-as-a-Service offering from Savvis.

Savvisdirect is announced as a public beta today and is expected to be rolled out in general availability in the fourth quarter of this year.