Malaysia-based home e-commerce player Corpick is already cash flow positive and looking to raise a US$4 million seed this year, the nine-month-old start up revealed to e27.

While Corpick has mostly stayed under the radar and grown organically — seeing 10 per cent growth month-on-month, with about US$60,000 in revenue most recently in February — it is now looking to scale its business and expand operations to Jakarta. 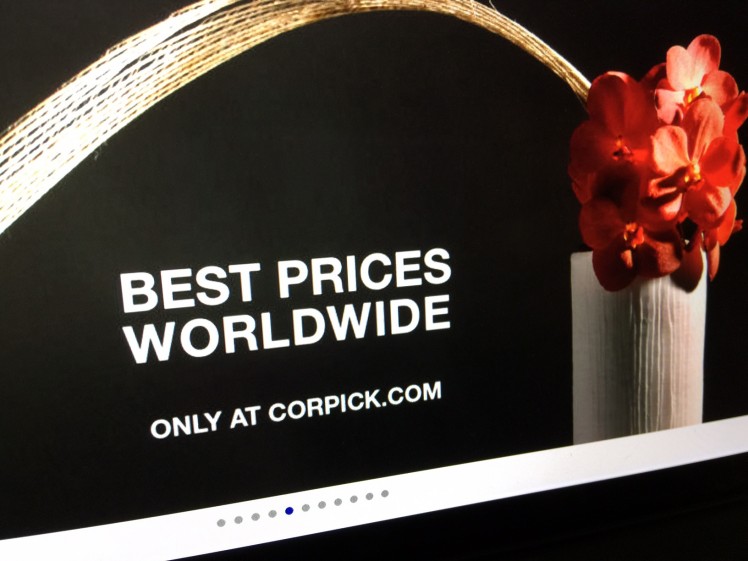 “Corpick is a premium home and living store. Premium basically means that we sell high quality products at the lowest prices. We work with distributors, manufacturers and suppliers to bring products into this region and Malaysia particularly,” said Low Elvin, a Co-founder of Corpick.

“We are planning to open Singapore or Shanghai in the next two quarters,” he added.

Some 90 per cent of the platform’s products are currently homeware — cups, desks, organisers, bathroom sets, dining sets, storages, and any other small items for the home — but generally won’t include really large pieces of furniture… for now.

Almost all the items available on Corpick retail at below MYR500 (US$135), and it actually positions itself as something of an alternative to IKEA in Malaysia and eventually the wider region where choices remain scarce.

“In Malaysia or Jakarta, if you’re trying to furnish your apartment, flat or office, there are not many choices, especially when you’re running with a budget. So you always have to go to IKEA. Our intention is to [help] with the little details, the things that make the place more you,” Low said.

Corpick currently offers over 3,000 products, and claims that consumers save at least 30 per cent across the board versus competitors including the likes of Amazon.

Low began reaching out to interested VC groups in Singapore and beyond earlier this month as part of the plan to expand to Jakarta and build out its warehouse in Kuala Lumpur.

“We’re very focussed on places that are urbanising faster than anywhere else. From what we’ve seen from data, Malaysia is interesting. Singapore is already urbanised, Hong Kong is already 90 per cent urbanised, but in areas like Jakarta, they’re just beginning to pick up,” Low said.

“But more importantly, I think the market there is huge… More and more people are shifting to the urban areas, and choices for home furnishing is very scarce. After so many years, IKEA only opened there last year. We think it’s a good time for us to go in and offer a different choice,” he added.

Potential entry into Singapore and Shanghai are further down Corpick’s roadmap. In the region, Lazada is a core competitor as the startup scales, but its niche remains different. By June, it would like to hit US$200,000 in revenue.

IKEA is supposedly netting about US$272 million per year in Malaysia alone, according to Low’s research, while smaller home retailers in the country are raking in more modest amounts of around US$15 million.