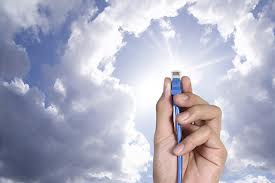 He said Malaysia has the edge because the existing infrastructure and support as well as the low risk of natural disaster occurring in the country would encourage its growth.

“Malaysia’s growth as a data storage centre should be encouraged, expanded and promoted because the country still has extensive space to keep data storage servers.

“This infrastructure is important because it enables data handling services to be managed more effectively,” he told reporters after launching the cloud computing service, ‘AwanHeiTech’, managed by HeiTech Padu Berhad, here today.

In this context, he said operators of data storage facilities in the country must also endeavour to boost the confidence of foreign companies in Malaysia’s capability in this sector.

“We cannot depend on the local companies alone without looking at how to raise the confidence of the international community in picking Malaysia as their cloud data storage centre.

“Thus, there are many things that we need to look at including the issue concerning application, security matters, whether the data stored in Malaysia can be breached or hacked, and I feel that these are among the issues that we need to work on to build the image of our country,” he said.

The minister also encouraged more local companies to venture into this field.

So far, there are only five information and technology companies in this country that are offering data storage services.

In a related development, Ahmad Shabery said he also planned to introduce cloud computing services to the Education Ministry to assist in improving further the learning and teaching process in schools.

He said this could also be perceived as a continuity in government efforts to equip schools and students in the use of the latest technological applications.

The minister said cloud computing had also been used in schools in the rural areas.

“If previously we were only depending on devices, with this facility, school work can now be stored in the clouds, teachers’ record, students’ record and matters concerning the children’s development can now be looked at by parents and teachers wherever they are.

“So, problems such as faulty netbooks and destroyed data will no longer become an issue because they can still be accessed using other devices,” he added