Making way into the cloud

Every company will have its own unique road to the adoption of cloud computing solutions, and TechRepublic recently took a look at the paths that two different organizations took. 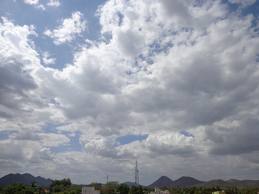 SEGA, a game developer, moved to a collaboration platform, and Harmon.ie, a startup tech firm, moved their entire company into the cloud. Chris Olson, vice president of digital business at SEGA, said his team didn’t have many hurdles to the cloud, which the website pointed out is against what usually happens at large organizations.

“There was some security due diligence that needed to be performed by our IT group, but once we passed the security muster, it was easy to roll out,” he said. “It hasn’t been adopted by the whole company. It was something I wanted to do for my team. We definitely are interested in technology that will help the business and being a gaming company we are no strangers to server architecture. I think we’ve seen a definite advantage to not rely on iron and look to more on demand services.”

For Harmon.ie, CEO Yaacov Cohen said there were some different hurdles, as they had to use two different systems to transfer data from the old content development system into the cloud. Jonathan Lewis, head of IT for Harmon.ie, said they took a hands-on approach to help give users individual attention with their move to the cloud and administrative functions were easier to move over than they figured.

Olsen said the biggest lesson he learned in his organization’s move to the cloud was to not bite off more than can be chewed, as bringing in new practices can be tough to do all at once. They rolled out slowly but made sure to set dates to which it was rolled out in full. As far as his next step, he said they want to work more closely with the provider to figure out the rest of the way into cloud services.

Always focus on business case for cloud
GigaOM said one thing many organizations miss when moving to the cloud is focusing on the business case instead of adopting the technology for the sake of it.

“While most old-school IT people know the importance of understanding and defining the business and technology requirements in great detail, many of those moving to the cloud skip that step in hopes that somehow just the use of cloud will auto-magically serve all existing and future user needs,” the website said.

Developing a business case will determine where cloud based services can be most useful for the organization.