MaGIC wants to make Malaysia the startup capital of Asia

In an endeavour to make Malaysia the startup capital of Asia, Malaysian Global Innovation & Creativity Centre (MaGIC) launched MaGIC Startup Academy (MSA) last week at Cyberjaya. The five-day event — from October 15 to 19 — was meant to provide an introduction to what the academy plans to contribute to the startup community of the country.

Packed with a series of workshops, guidance, skill- and knowledge-sharing sessions with mentors and instructors, the event had a day for all — Product Day, Marketing Day, Investors Day, Culture Day — and culminated in a Career Fair with over 70 startups seeking bright minds to join them. 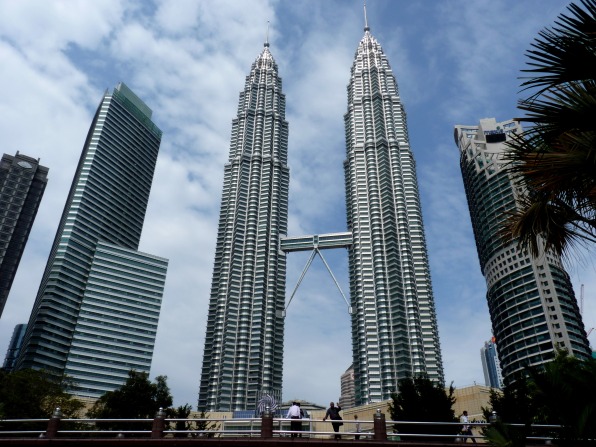 MSA aims to be a platform for startup education and provide regional and global exposure to help new Malaysian startups penetrate the ASEAN market.

It will be offering full-time programmes and workshops. Full time courses are designed to impart relevant knowledge and skills for participants to continuously learn by themselves throughout their careers. They are of nine weeks to six months’ duration and include comprehensive web development, programmer finishing school for final year engineering students, and development and design apprenticeship.

Workshops are single and multi-day sessions that will be run every week to enrich the talent in the startup ecosystem and will cover topics ranging from presentation skills to building a WordPress site.

One aspect that really stood out is the Academy’s emphasis on culture. The Culture Day of the MSA Launch brought forth the importance of having a defined culture in a company, which often first-time startups fail to devote time and attention to, until they realise its impact on the operational side of the business. In the process of getting the essentials right – from ensuring a great product, aggressive marketing through all the right channels to a strong backup from the giants in the industry – startups overlook what forms the basis of it all, which is having the right team with the right attitude.

Does the culture of a startup decide its talent?

Cheryl Yeoh, CEO, MaGIC, in her welcome message, recounted how, when she was in the US and in search of good talent, she was asked by one of her mentors to create a blog with her name to build an identity of her company. “People will join you,” he told her, “if they found you inspirational enough.” Yeoh took note and recorded her entrepreneurship journey and soon was joined by smart minds from all over. The mentor had advised her to create a “cult like culture”, which will not only attract talent, but will also retain it; the employees should enjoy it so much that they should think they would have missed a lot in life had they not joined her.

In the following session, ‘How to transform your company culture and attract brilliant talent’, Vishen Lakhiani, Founder and CEO, Mindvalley, started by narrating his success story of humble beginnings. Mindvalley in Lakhiani’s own words is a bit of a “cultural anomaly”, based on the “way we think the world should work”.

Lakhiani started out in 2003 in New York but due to visa issue had to come back to Malaysia. At the time, Malaysia was losing one per cent of its brightest minds each year to places with better opportunities. He was warned of the dearth of the talent here. That was the time he decided to create his own reality, “Since then, for the last 10 years, I have been obsessed with culture, vision, space, and attracting brilliant minds from all around the world,” he said.

“We have brain drained the world,” said Lakhiani. Today, Mindvalley has bright minds from over 40 different countries working from its HQ in Kuala Lumpur and has a valuation of US$100 million without ever having taken any loan, grant or venture capital. “That’s how powerful culture can be,” he said. He added that he is proud of the impact Mindvalley has on its employees and the company churns out most famous alumni than any other company in the region such as Khailee Ng of 500 Startups.

What exactly is culture? Myth vs. reality

When people talk about culture, they often refer to perks such as free food and great looking offices. That, said Lakhiani, is not culture; it’s mere decoration.

Culture is more deep rooted. “If you get the culture right, everything else will fix itself,” he said and stressed on things that create a conducive culture — caring more for attitude than skill, helping employees shift their beliefs, defining your company’s values, celebrating to usher in positivity, and encouraging personal growth for employees.

Attitude is way too important than skill, he believes. People should be hired for attitude and trained for skill; hence the company hires talent by gauging their attitude through video cover letters.

His employees are asked to write things that they value, which they refer to as “code of awesomeness”. This helps as a code of behaviour and brings people together.

Good companies are happy companies, said Lakhiani. Since positivity is infectious, his employees are asked not to come to work if they are having a bad day. Employees have flex hours and can choose their holidays. Long lunch breaks are not objected as long as the work’s taken care of. Cultural days are held to encourage diversity. Parties are thrown to celebrate achievements, and friendships and love lives are encouraged at work. Social connections lead to happiness, which, in turn, leads to boost in productivity, he feels. “The fun and parties do disrupt work, but bring in such high levels of engagements that it makes up for the distraction,” he said.

Team retreats are held to innovate and create; people brainstorm while having a dip in the pool or sitting on the sand.

Often on Fridays, people are let to drink and have dance parties.“Let people be people,” he said. “Companies that don’t get this are destined to die.”

Mindvalley encourages people to learn from each other whatever they are interested in. On the first Friday of every month, employees do not work but focus on learning.

Yeoh also feels that fun activities and overnight trips help bond employees. According to her, culture could also mean practices that you follow in the company. She and the team would have Malaysian day on every other Friday for fun and on the other Fridays, they would have a user testing day. New and old users were invited to come and test the product. She would show appreciation to outstanding employees by offering US$50 Starbucks voucher or something of the kind to boost their morale.

Another speaker Wee Kiat Teoh, Co-founder, myBurgerLab, told e27 in an e-mail, “We build our team around a culture of happiness and respect because we believe that if we are happy working with each other, the team will be happy serving customers. Happiness is contagious and this is a big plus in the serving industry.”

Teoh and the team organise activities on their off-days such as movies, board games, and frisbee games. “That helps to bond the team together, break the ice… Besides, we ensure that both positive and negative feedback are communicated to the team,” he said.

Speaker Reza Razali, Founder, Terato Tech, in his session on leveraging talent, said he is traditional where the company culture is concerned. He has set fixed working hours of 8.30 AM to 5.30 PM, and so far hasn’t found any problem with that. He said in an interview with e27 that he has brought in processes after consultation with his employees. But believes that if you don’t share the same vision and the right chemistry with any of your employees, it’s best to let go. “It’s as easy as breaking up,” he said.

Who should define the culture?
The founder is the one who has to set the tone for how the culture should be. His venture is after all his vision and identity. The culture is then communicated to the employees from parties, events, celebrations, entrepreneurs’ values, practices and controls.

“Be mindful that your team will follow your every action … Have a clear line of chain of command and work through your A+ team members, so that they can work on the rest. Do read up on the labour law of your country to at least know how things work and also, always watch your energy levels, it’s really infectious,” added Teoh.

Yeoh insisted on bringing in “your” culture to your venture. And for that you must first have to find your culture. “You might be a small startup,” she said, “but ‘you’ have to think what makes you unique.” She added, “If it is flex hours, bring it up… It’s your office. Make it awesome the way to you want it … with bean bags, painted walls… Three months in a startup is like three years in a big corporation. Sell that!”

“It’s always the founder,” said Lakhiani, “who should dictate the culture.” Studies reveal that when the leader is in a positive mood, the employees are most likely to be cheerful. “It’s the leader, the founder,” who according to him, should be the “the first to jump in the pool”, “be happiest, weirdest, and at the time of partying slightly more drunk than the rest”. His happiness will translate into the happiness of his employees and will impact productivity in a big way.