The command-line interface (CLI) is alive and well in the world of cloud computing and storage, despite the ubiquity of touch- and gesture-enabled devices in other parts of the IT ecosystem. 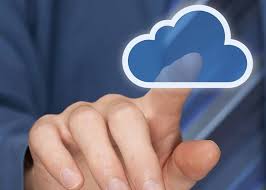 Cloud hosting provider Linode made that clear this week with the release of a new CLI product as an alternative to graphical cloud administrative tools.

The tool is a new addition to the graphical management applications that Linode already offers for PCs and mobile devices, called Linode Manager and Linode Mobile. Those will remain available.

As a cloud host that specializes in Linux-based virtual servers (that’s what the “Lin” in “Linode” stands for, by the way), Linode’s decision to offer its users a robust CLI tool in addition to point-and-click interfaces may not be totally surprising, since cloud administrators who choose to deploy services using Linux likely already have some familiarity with the command line. But coming from a hosting company that counts 150,000 customers worldwide, with data centers in Europe, Asia and the United States, the move is also a signal of demand for the type of fine-grained administrative power for cloud services that CLI interfaces can best deliver.

Perhaps more importantly, Linode CLI also represents an effort to bring the flexibility and granularity of private clouds into a hosted public cloud platform. It allows users to have more control over their cloud without having to build and run the entire infrastructure themselves. It may not exactly be what most people think of when they hear “hybrid cloud,” but it’s another approach to nuancing cloud hosting and management in a way that offers the best of both the private and public cloud worlds.