Large Companies Making the Cloud Their Own

Bill Smyth, a global business manager at conglomerate 3M Co. , is in charge of developing new online products such as the 3M Visual Attention Service, which helps marketers identify the most effective elements of their websites. Not so long ago, the development of that product would have required the support of the company’s IT department, which would have had to tap 3M’s capital budget to order special servers, a time-consuming and bureaucratic process. 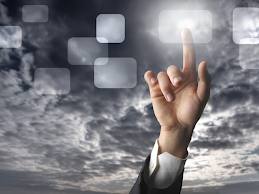 But this time, Mr. Smyth simply rented the necessary resources on his own from Azure Microsoft Corp. ’s cloud-based computing service. That allowed him to bypass the IT department and the capital budget allocation process, and access computing power through a Microsoft website within minutes or hours instead of weeks or months.

It’s just one example of how cloud computing has come to be embraced by some of the world’s largest companies. Indeed, long considered a way for small and midsized companies to access the same kind of technology as their larger brethren, cloud is being used by larger companies to help them become as nimble as their smaller competitors. To take a metaphor from evolutionary biology, if the small, furry mammals have been using cloud computing to access resources only dinosaurs could reach, the lumbering dinosaurs have been using cloud to help them scamper dexterously along the jungle floor.

As the Wall Street Journal noted earlier this year, researcher Gartner Inc. has forecast that spending on cloud services will grow at a compound annual rate of 17.7% between 2011 and 2016—much faster than the overall tech market or the economy.

This has not gone unnoticed by the IT vendors; in the last week alone, IBM Corp. announced the acquisition of cloud vendor SoftLayer Technologies Inc., and SAP AG announced it was acquiring e-commerce platform vendor Hybris in an attempt to plug admitted gaps in their technology offerings. Yes Amazon.com Inc. Rackspace Hosting Inc. and Salesforce.com Inc. are benefitting mightily from the rise of cloud computing, but where large customers are concerned, many are sticking with familiar names, such as Microsoft.

“It’s not so much the money, it’s the time. At a giant company, the capital expense process is very time consuming, and if I needed more [server] capacity, I had to get right back into the process again. [With cloud] I can control my own destiny, and I can put a big chunk of time into the other ninety-nine thousand other things I have to do for my business,” Mr. Smyth said during a phone interview.

In many cases, such as that of McKesson Corp. , companies are using cloud environments to supplement their internal data centers. Greg Hart, vice president of technology for the company’s McKesson Provider Technologies unit, uses cloud resources to provide clinical and transactional services to pharmacies, hospitals and physicians around the country. “As big as McKesson is, we’re not going to build 10 data centers across the country,” he said.

If anything, the overall impact of cloud computing may be bigger than the numbers suggest, because many large corporations such as General Electric Corp. are able to build their own private clouds, making use of the same automation and segmentation technologies as vendors such as Salesforce and Amazon use. When General Motors Corp. built its newest data center, it borrowed much of the design from cloud-based Internet companies. “We have the same technology that Google has,” GM CIO Randy Mott told CIO Journal. Vince Campisi, CIO of GE’s Intelligent Platforms group, said cloud computing allows him to “burst up capacity to experiment with something and then shut it down” just as quickly when the capacity is no longer needed.

The cloud is woven through the global network of Royal Dutch Shell plc, the world’s largest company by revenue, which uses a combination of public clouds, corporate data centers, and private clouds that it leases from vendors. “We have outsourced the overall majority of our Infrastructure services to three parties (AT&T, HP and T Systems),” Shell group architect Johan Krebbers told CIO Journal in an email. The company also uses cloud services from Microsoft and Amazon.com Inc.

Customers are also increasing their use of cloud computing as they gain experience and grow more comfortable with allowing third parties to manage their IT assets. Today, “every time we interview a vendor, we ask if you can run this in the cloud. If it’s only on premise, it’s a strike against them,” says Cynthia Weaver, assistant vice president of information technology at privately held Walbridge, a Detroit, Mich.-based construction company with 2011 sales of $1.13 billion.

According to Ms. Weaver, the company’s initial cloud experience was with email. She said that aging email servers required almost 24-hour surveillance from her staff, keeping them from other, more valuable work. This was approximately four years ago, and she says using Microsoft’s cloud-based Exchange email service was “a bridging technology that really gave us a sense that the cloud is the right direction. Now, as we do each replacement, that’s the first thing we look at.”

SunTrust Banks Inc. began moving to the cloud about 18 months ago, according to Richard Gilbert, senior vice president of technology services. He said the company was evaluating archiving systems and realized that if it acquired a traditional software package, it would quickly fall behind as new technologies came along, and would have to continuously assign IT staff to maintain the application and servers on which it runs. “It’s not necessarily cheaper, but being able to take the management and IT support out of our hands and not have to worry about it” made the cloud application more appealing. “Our long term strategy is to build more and more integrated services done through external providers,” he said.

Bill VanCuren, chief information officer at NCR Corp. , says the company has gone from no cloud usage five years ago to 70% today. Features of cloud computing, such as the automation of workloads, and the ability to segment physical machines into numerous autonomous “virtual” machines that can run different programs independently and simultaneously, means “the organization can be more agile.”

Traditional vendors have some natural advantages in this race. It’s often easier for customers to extend their long-term relationship with a vendor and purchase its new cloud–based services. Their developer and office productivity tools are a familiar part of the corporate landscape. Given the choice, decision makers are picking cloud-based software and hardware that are familiar to end users.

For example, when Mr. Smyth’s team at wants to develop a prototype for a new service, he simply orders more server capacity from Microsoft’s Azure, which provides a platform for developers using tools they’re familiar with. “It turns out they’re a Microsoft house; that’s why we ended up with Microsoft,” he said.