KT Corporation will launch a cloud computing service in Japan this week to meet growing the market’s demand for reliable Internet storage systems to house mission-critical data. According to Yonhap News Agency’s report Thursday, the service, named “Cloud K”, will be sold through SoftBank Telecom Corporation. 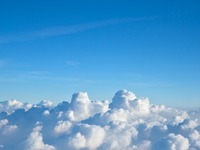 KT and SoftBank have jointly set up an infrastructure in Gimhae, a city near South Korea’s second-largest city Busan, to offer services to Japanese companies seeking a reliable data storage center during natural disasters and power outages.

KT is diversifying its business beyond its core telecom services, and it plans to offer cloud computing services in other countries in the future, it said.

The global market for cloud computing is expected to hit US$461 billion in 2015 and around half of the world’s top 1,000 companies are expected to use such services by 2015, the company added.

This is not the first time KT has partnered with a Japanese telco to broaden its business presence. In October last year, KT and Japan’s NTT Docomo teamed up to develop cross-border mobile payment offerings based on near-field communications, with the first service scheduled for the first half of 2013.