Cloud technology is already past the infancy stage, and is now being used by many companies in optimizing their asset utilization and flexibility while also reducing operating costs in manpower, hardware, and software areas of the business. Unlike many technological advancements in the IT sector during the past couple of decades, Cloud technology is more than just a passing fad but more of a long-anticipated next stage in the evolution of the industry. 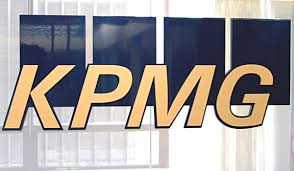 This is the reason why the cloud is so disruptive and has had significant implications in the IT provision for governments. KPMG conducted a global study on government cloud adoption. They found out that many government agencies from across the globe are now adopting cloud technology for their respective operations, which allows them to start new venues of interaction with other government agencies as well as the private sector and the citizens. Another big reason for embracing the technology is that it has allowed many of them to focus more on the effectiveness of their programs instead of being distracted by the management of IT.

However, the adoption of cloud technology in a government setting is not as straightforward as all sides wan it to be. There are challenges inherent in the technology, particularly with regard to data governance and security, but the risks they pose are far outweighed by the benefits, and it has been proven that many of the issues can be avoided or properly handled if certain steps are taken.

There are literally petabytes of information being handled by governments, from mapping, to overlays of everything from mining and mineral rights, to records of employees and data in the national registry. Migrating all of that data outside of restrictive firewalls, while opening up a can of worms with regard to security issues, will also lead to new applications, solutions, and other innovations.

What Governments Need in Order to Create Traction

There are a few steps that were identified by many government agencies with regard to what they need in order to properly adopt, embrace, and use the cloud to its full potential.

Many public sector executives tend to view the cloud as something that’s only relevant to the IT aspect of the organization. This couldn’t be further from the truth, as cloud is dependent on an ecosystem of participants that go way beyond IT. In order to gain a better understanding of the challenges, potential, and benefits inherent in the cloud, the service providers, core process owners, and IT people from within the government and the cloud provider must approach the technology with full knowledge of each other’s viewpoints, and must cooperate and compromise in order to balance their differing (and sometimes conflicting) objectives, for the greater good of the organization.

Government agencies by nature are risk-averse and prefer to maintain control over local resources, which may run counter to the cloud’s ability to introduce factors that are outside of the agencies’ local resources. Governments should be ready to accept the fact that adopting the cloud will require a huge amount of motivation and leadership, as the technology is designed to run counter to systems that they have sworn by in the past.

3. Balance the Risk and Reward

As with the adoption of any disruptive technology, migrating to the cloud carries a certain amount of risk. So government agencies need to be aware of the risk, but must not use them as an excuse to write off the cloud, because these issues can be addressed with enough effort and vigilance, and the rewards they bring more than justify the efforts. Additionally, cloud providers and end users are increasingly using the technology in ways that actually help manage key risks, particularly in important areas such as data privacy and security.

As noted above, government agencies are hardwired to be inclusive, and will not let third party agencies in on their inner circle. However, for cloud to work, they need to accept that they have to work closely and collaborate with the service providers. This is not to say that they need to open everything to the providers, as that would result in many security issues. What they need is to better manage the flow of information and ideas, and collaborate with the providers in areas that really matter.

5. Work with the private sector

It’s common knowledge that the private industry is always ahead of the government when it comes to IT. The cloud is no different, as various private companies are starting to shape and use the cloud in more creative, efficient, and innovative ways. Government agencies can only stand to benefit from collaborating with these companies, as they can learn new ways of employing the cloud instead of always being left behind the technology curve.

The time for adopting the cloud is now. While it’s true that the technology has not yet reached full maturity, it has already advanced to the point where it can no longer be considered raw and in its infancy. All the nooks and crannies of the technology has been explored now, and what’s left is innovations, improvements, and additions that will only make the technology more efficient and functional. There’s no reason why government agencies can’t start adoption this early on and take advantage of reducing operational costs while maintaining scalability, flexibility, and responsiveness. At this point in time, the question is no longer whether governments should adopt the cloud or not, but when and how fast.