Key Cloud Computing Trends In Each Of The Five Continents

Going by recent surveys in all the five continents, it is telling that bigger things are yet to come in cloud computing. While Europeans are taking an exacting, albeit generic approach to changes visiting upon the scene, the Americans are considering the capital side of the equation. While Asians are gnawing at the meat pie of reducing infrastructural expenditure, Africans are embracing startups and the state machineries are going into the sector with aplomb. The Australasia region, on the other hand, has posted one of the biggest stories in recent cloud times: the preference for supplier-driven working models with servers operating from the home country. 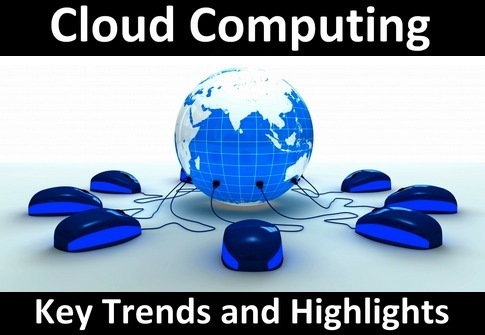 The following is a bipartisan approach to each of the above summaries for every continent. It will highlight the generic and specific cloud computing trends that are already or may one day give way to new business divides.

The continent is experiencing some of the biggest advances in cloud computing. Some analysts are even attributing the term as synonymous with the European continent. The specific examples include the mushrooming of various startups that are trying to make the capitals of the Eurozone a global village. Instead of entertaining thoughts of waiting for a plane to go from Berlin to Rome, for instance, one can communicate with the other business people in the hubs of the two cities. It is also plain that guides will no longer be necessary when one finds oneself alone in a foreign city: the tech hubs that organize meetings will help the attendants find hotels and other features unique to the city.

Generally, Europe has defined these trends for the year:

1. Embracing cloud computing by Information Technology staff as an inevitable profession.
2. Prominence of the independent cloud as the current model of preference.
3. The search for a permanent, unified model that combines independent, web-based and hybrid clouds is at peak point now.

The hub of cloud computing has always appeared to be a United States’ prerogative. Now, the federal administration has joined into the context with the following specific example. A poll that searched far and wide among the states, cities and other jurisdictions defined how the federal state is getting a grip in the sector. As the government leads much of its implementation work on the Internet, it is also seeking answers for the query of whether pay-as-you-earn, which entertains an installment-based payment for a service, helps to overcome operating expenditure. Even the state is enjoying using software and data centers not as capital but as almost free services.

Generically, the United States is climbing the ladder by being the most innovative in the niche. It accounts for groundbreaking achievements in app development, electronic production and research.

Despite being the source for many high-end electronics, the Asian region is keen on reducing the expenses that come in the way of cloud computing. Following multiple government clampdowns on Internet services in diverse countries in the continent, many are trying to find a way where they can operate safely. They need to find new grounds to enjoy their electronics while driving the operational scope of the cloud as a business. It also wants to cut down on network expenses.

In general terms, Asia is moving towards a cheaper economical model in cloud computing. It seeks to decrease Information Technology employees’ expenditure and infrastructural demands. Decisions in the industry are also being influenced by uncertainties in work increment or decrement.

Skimming through the African Internet, one is bound to glow with the ecstasy of expectations. Every site one visits is a tech scene both in content and the ads on the page. There are now specific companies, like Microsoft that are using their imprints to help startup businesses gain leverage. Similarly, governments across sub-Saharan Africa are increasing their grip on the sector to help their citizens stay updated on policies and general government functions. A perfect example is the reference indexes for Ugandans.

Businesses (SMEs and large corporations) are scaling their operations through the cloud. They are also trying to find sponsors who can help prop up new companies (startups).

The gains that the Australian region has made in the sector have made it the most enlightened society south of the equator in cloud computing. There is more preference in supplier-driven models than that of personal control of data. Meanwhile security remains top of the agenda in the sector.

Australia is embracing the private cloud at a rate of 20%. It is also ready for a more stable app development stage where the most important drivers are the developers themselves. All these trends point out a future lush with possibilities in all continents. From Europe to Asia and from the Americas to Africa and beyond, one can always find a trend worth following.