School districts in Kentucky have migrated from an on-premise enterprise resource planning (ERP) system to a hosted solution. The Kentucky Department of Education (KDE) recommended that all districts move to the hosted system, and 173 districts have completed the move while one remaining district is planning its migration. KDE recommended the switch to cloud-based ERP because the districts’ on-premise infrastructure had reached end-of-life and required significant investment to bring it up to date. 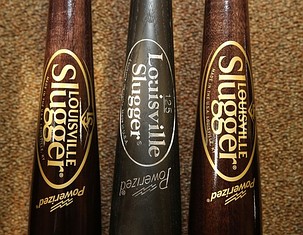 They selected a hosted Munis solution from Tyler Technologies because KDE has been a Munis client for 18 years and the cloud-based version offered numerous benefits, including more reliable service, cost savings, disaster recovery services, and an evergreen policy to keep the districts’ systems current, according to a news release from Tyler Technologies.

“By moving to Munis’ cloud-based model, we’re actually increasing reliability and capabilities for our school districts, while taking a lot of work off their IT staff,” said David Couch, associate commissioner for the KDE Office of Knowledge, Information, and Data Services, in a prepared statement. “Cost reductions are a benefit of cloud-computing, but for Kentucky schools, our primary driver was increasing the reliability of services beyond what our aging on-premise infrastructure could provide.”

The migration involved collaboration between Tyler, KDE, and the Kentucky school districts. The entire process took less than two years, with 10 districts being migrated to the new system each month, and the project was completed on time and on budget, according to Richard Peterson Jr., president of Tyler’s ERP & School Division.

This migration makes Kentucky the largest school system in the United States on a cloud-based financial management system, according to the company. “Kentucky is a national P-12 leader in cloud computing and has already successfully transitioned many services to the cloud, including statewide email, and we believe that migrating to a hosted Munis solution is the best investment of state dollars for the long term,” added Couch.

Jefferson County Public Schools (JCPS) is the only remaining district in the state to make the move. The district is currently working with Tyler on a migration plan and will continue to use its existing on-premise Munis system until the migration is complete.