Microsoft may still consider Google a less-than-serious competitor, but Google Apps is making huge inroads in both the enterprise and government markets. And it’s giving Microsoft Office 365 and Office 2013 a real run for its money. But it’s not the only competitor scoring wins in those markets.

The Microsoft Office 365 vs. Google Apps war continues to escallate. Amid the ongoing battle, it seems like Google (NASDAQ: GOOG) is enjoying particularly strong momentum in the government market — even though Microsoft (NASDAQ: MSFT) continues to insist that Google Apps is not a serious business alternative to Office 365 and Office 2013. 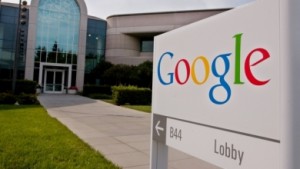 Originally seen as simple office productivity software for small businesses and startups, Google Apps has been putting the boots to Microsoft in both the enterprise space and the government vertical — both on features and on pricing. A New York Times article noted that Google has made plenty of wins, even if just based on simplified and cheaper pricing, in the enterprise space, edging Microsoft out of a lot of deals.

In the public sector space, Google is also shining. The article points to General Services Administration data from 2012 that shows of 42 federal government contracts that both Microsoft and Google competed for during the year, Google had more than twice the success than Microsoft. Of the deals, 23 were won by Google and 10 by Microsoft. That leaves on more player picking up the remaining nine deals, though. VMware-owned Zimbra wasn’t far behind Microsoft in its share of the wins, and it seems there’s evidence to suggest Zimbra is picking up pace as a viable alternative to both Microsoft and Google.

As sister site The VAR Guy noted, Zimbra is a surprising victor in many of these federal government deals and is further proof that hype only goes so far. It’s important to dig a bit deeper and really understand what customers want in their private and public cloud services. Channel partners, take note.

Still, the Times article indicates Microsoft isn’t all that concerned about its competitors, but based on the numbers, maybe it should be. It’s unlikely that Google and Zimbra, separate or combined, are going to topple the business that Bill Gates built. It is still the dominant office productivity tool, particularly for on-premise deployments, but in the cloud space — even in the enterprise and public sector markets — Microsoft can’t claim to be the be-all and end-all.

Will 2013 see Microsoft lose ground in these two markets to the up-and-coming Zimbra? Only the next 12 months will tell.