IBM was accused by a federal court of “gamesmanship” in its bid for the CIA’s cloud computing contract. The accusation is part of a ruling unsealed Friday. 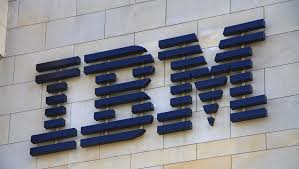 The court’s action appears to put to rest a fight over a $600 million CIA cloud computing pact. Amazon Web Services originally won this contract, but IBM appealed to the Governmental Accountability Office (GAO), which found merit in its claims and sustained the appeal.

The GAO recommended that the CIA rebid the contract. In response, Amazon filed a lawsuit in the U.S. Court of Federal Claims.

IBM is not expected to appeal the federal court ruling, according to a source connected to the case, clearing the way for Amazon to develop a cloud platform for the spy agency.

The court had said last month that IBM had lost the appeal. But the reasons behind the decision were not disclosed until the ruling was unsealed.

In the decision, U.S. Judge Thomas Wheeler said that “AWS’s offer was superior in virtually every way but price, and IBM’s advantage in that area was likely not as great as IBM attempted to make it appear.”

The judge’s ruling also appeared critical of the GAO: Wheeler said that if there was any prejudice to the process, “it has been to AWS.”

By forcing the winner to resubmit new proposals, “AWS would have to bid against its own winning proposal. This court will not allow such an unjust result.”

The ruling covers a lot of ground, but one area that seemed to raise the court’s ire concerned the cost of processing 100TB of data, something sought by the bid. The judge said that IBM changed its approach from one that processed 100TB of data continuously throughout the year to one that performed a single 100TB processing run in a 36-hour period, reducing the price. When IBM deviated from the initial approach, “it did so as a way to manipulate the situation in its favor,” Wheeler said. He later characterized the move as “gamesmanship.”

IBM, in a statement Friday, said that it “respectfully but strongly disagrees with the court’s unwarranted assertions. Our position remains the GAO’s findings were appropriate and the contract should have been rebid.”

AWS, also in a statement, said it “is pleased that the legal process has validated the CIA’s selection of AWS to assist the CIA with this transformative project to implement proven, innovative commercial cloud technology. AWS presented the agency with the superior and best value solution. We look forward to a successful relationship with the CIA.”