The bursting of the dot-com bubble left a long and lingering scar on the IT industry for many years. Some would argue, rather successfully, that the industry never fully recovered after the 2001 implosion of an industry that had been propped up by the mad dash to prevent Y2K from changing life as we had come to know it. Once disaster had been averted and the frantic race to the finish line was over, companies that had been spending big and living large suddenly had little money coming back into the business to support its ridiculous expenses, and the layoffs began. 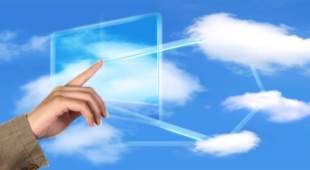 Today’s IT job market is not nearly as grim as what was being faced by the newly unemployed of 2001. However, with the overall job market in such a state, it’s a very bright sign indeed that the IT job market seems to be recovering at a pace that’s faster than other areas, at least if the Bureau of Labor Statistics is to be believed. It’s definitely recovering faster than it did after the 2001 bubble burst.

What’s different this time around?

There are many differences that are fueling the actual growth of the IT industry rather than allowing it to stagnate as it did in 2001.

First of all, the focus over the past decade has been on developing new technology—particularly cloud-based technology. That makes a huge difference. Companies have also adopted a more conservative state of budgeting rather than the reckless spending of IT business past.

The next big recession hit just as cloud technology was beginning to take off. It dampened the blow for the IT industry that so many other industries took right on the chin. It’s also why the jobless rates in IT fields are so much lower than the current national average in almost every other field.

The explosive growth of cloud technology has actually demanded growth in the industry as a whole as more and more companies, businesses, and organisations seeks new ways to make cloud technology work for them.

How many jobs can cloud technology create?

There are no predictable limits for the number of jobs cloud technology stands to create in the IT industry over the next few years. Microsoft, however, believes that cloud computing is going to create at least 14 million new jobs between 2011 and 2015.

Susan Hauser of Microsoft believes that cloud technology is “a transformative technology that will drive down costs, spur innovation and open up new jobs and skillsets across the globe.”

Numbers like this, in a job market that has been struggling for nearly five years, seem too good to be true. But, the real beauty of cloud-related jobs is that they’re going to be evenly distributed, according to Microsoft’s IDC study, across large and small businesses alike.

It’s one kind of technology that all businesses can utilise equally, especially with partners like Rackspace that offer cloud hosting for all kinds of business needs.