IT as a Service (ITaaS), what Businesses are in for

There are so many models under XaaS that it is becoming hard to keep track of them all. We have PaaS, SaaS, IaaS, NaaS, and MaaS just to name a few of the more common ones and we have new ones being developed as we speak. Now let’s add another one to that list. 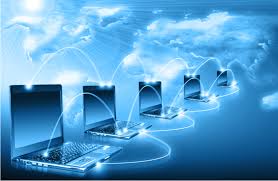 IT as a service just recently came into the scene and from the name alone it seems that it sounds like “Everything as a Service.” However, this is not really a service model, but rather a new delivering model or operating platform. How’s that for confusing?

ITaaS does not really belong under XaaS, I just wanted to hammer it down back there. ITaaS in simple terms basically means that IT is being offered as a service along with whatever services and technology that entails. The service revolves around various IT services, rather than technology, being offered mostly through the cloud. But physical delivery is often used in conjunction with remote services as well.

Though this has been around for a while in some form or another, the cloud is the best enabler for ITaaS which allows service providers global reach with very powerful tools that help customers achieve their goals. And since legacy apps are not really going away anytime soon, there are still a lot of business that use COBOL apps and similarly old programs, ITaaS packages services and applications to be used by different users within the organization. In fact, most ITaaS providers provide services to their own organization rather than to third party customers.

But organizations going into ITaaS make some very bad fundamental decisions. They tend to be too technology-centric, which is not normally bad, but it can have some dire repercussions in this case. They focus on how to deploy hybrid cloud systems on top of their existing systems and then focus on how to deliver the services that they require. This often ends up as half-baked and overly pricey ventures. The correct approach would be to become customer-centric. If an organization is serious about ITaaS, it should start its planning with the business users and the applications and services they need and not with the technology management wants.

In short, it should be user demand that drive the ITaaS design and approach rather than infrastructure.