Is Indonesia Ready for E-Commerce?

In a very similar way to that journey, it feels that we’re nearly there, with Indonesia on the verge of maturing into a digital empire. We keep on getting closer, but there is always a bit more road ahead. 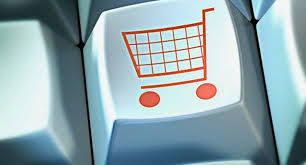 Many of my friends from Hong Kong and Singapore who travel to Indonesia for business, return very impressed with how fast the digital world has progressed recently. My customers that operate in Indonesia are also posting very fast growth results and the start-up scene also plays a big role there. I’m all excited ahead of the first SES in Jakarta, and in this post would like to review what makes this country perhaps the next digital country in Asia.

It’s well known that Indonesians love social, mobile, and also digital, and that the e-commerce world is growing. Let’s review these topics one by one.

The sheer size of the population provides many opportunities for digital companies to grow. The fourth largest country in the world today has about 73 million online users and this is expected to grow to 93 million users by 2015, of which about 58 percent are estimated to be of the younger generation who were born into the Internet world. Here are a couple of statistics to illustrate this true potential: More than 50 percent of the users are working people who belong to the middle class, and with a staggering GDP increase of 5.72 percent. Indonesia is growing fast!

With challenges in infrastructure and high-speed Internet not being available in this large country, Indonesians are using mobile phones, and a lot! It’s expected that by 2015 more than 71 million people will be using smartphones. Indonesians mostly use gaming apps and surprisingly only 4 percent of mobile users have Apple devices. The rest are using Android (53 percent) and, wait for it, Blackberry at 35 percent! The regional marketing manager of RIM came to talk to my MBA class and said that Indonesia was the only country in which RIM opened dedicated Blackberry shops.

Social network numbers are big in Indonesia. Just to illustrate the power of this country, the same report from eMarketer says that this year close to 80 million users will use social networks. This represents about 95 percent of the total Internet users of the country. The majority of users are visiting Facebook and YouTube is also an important social network. In terms of instant messaging, BBM has achieved great market share there whereas competitors like WeChat, Line, and WhatsApp are still trying to make inroads into the market. (An interesting rationale for the reasons WhatsApp will not be successful in Indonesia can be found here.)

Are We There Yet With E-Commerce?

Apart from the group-buying companies that, like any other country in Asia, boosted the e-commerce spend, there are players like Kaskus.co.id, TogoBagus.com, Berniaga.com, and bhinneka.com that are stand-alone operations or are operating as part of a joint venture with companies like Singaporean SPH and others. Other international players that have put Indonesia on their radar are Rakuten, eBay, and the giant start-up incubator Rocket Internet that operates there with Zalora (their Zalando Lounge copy cut) and Lazada (an Amazon-style website).

With many islands and a middle class that doesn’t have any online shopping awareness as yet, as well as limited credit card availability and logistical issues, payment and creating a culture of shopping online are the greatest barriers in turning this nation into a very big online shopping hub. However, everything has its time and I personally think we’re 18 to 24 months away from seeing a real change in this area. Despite the relatively small order sizes, online purchasing is growing rapidly, with expected revenue of US$10 billion by 2015, up from an estimated US$1-3 billion today.

To overcome the payment challenge, online retailer Tiket.com offers more than 14 different payment methods. An interesting related read from the Financial Times can be found here.