Is cloud computing taxable in Michigan? If so, Compuware subsidiary Covisint could leave state

A package of bills set for a vote in the House Tax Policy Committee next week could have huge implications for Detroit-based Compuware Corp. and its wholly owned subsidiary Covisint Corp. 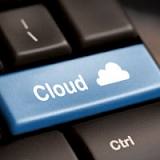 At issue is whether software as a service, or “cloud computing,” is taxable in Michigan. Senate bills 142 and 143 would amend the sales and use tax acts to no longer subject cloud-based computing services to taxation.

Covisint is working on an initial public offering, and settling this question of whether cloud computing is taxable is important for the company and for its customer base, he said.

Lax said Covisint and other tech companies could leave Michigan “for a more taxpayer-friendly environment” if lawmakers decide to continue to tax these cloud services, or if they leave in question whether they are taxable. California, a hub for the tech sector, does not apply a tax on cloud computing services, he said.

Compuware has been cloud computing since 2004, Lax said.

“We view it, and our shareholders view cloud computing, as one of the significant growth engines of the company on a going-forward basis,” Lax said.

Pappageorge said it remains unclear to businesses whether the service is taxable, and some businesses are receiving letters from the Treasury Department stating four years of back taxes are owed for cloud computing services.

Rep. Jeff Farrington, R-Utica, chair of the committee, said in 2007 the Treasury put out an advisory that cloud computing was not taxable, and then reversed itself in 2009 and said it was taxable.

Farrington said these bills will codify the 2007 decision that this is not taxable.

Howard Ryan, the Treasury’s director of legislative affairs, said the department opposes the bill as written because the language is too broad.

“This is clear as a cloudy day in Nebraska,” Ryan said.

Ryan said the House Fiscal Agency estimates the bills would cost the state roughly $12 million annually in lost tax revenue, but he said the Treasury estimates the number could be much higher due to ambiguity in the bill language.

A variety of school associations and teachers unions submitted a letter in opposition to the bills because it would be another loss in revenue for schools. Seventy percent of the revenue from sales and use taxes go to the School Aid Fund.