Cloud computing and storage is a fast growing industry that is helping to drive our economy forward, but is it a revolutionary sustainability game changer or a sad example of greenwash. 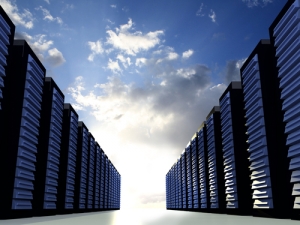 The defining feature of the cloud is the fact that instead of relying on local servers, it uses a network of remote servers hosted on the Internet to store, manage, and process data. Fast data transfers and real time information updates are two of the reasons why so many see the benefits of moving to the cloud.

Cloud computing has seen steady growth and rapidly increasing demand. In 2005, investment in cloud computing accounted for almost $26 million, with only 5 cloud related investment deals. In 2009, cloud investments reached $375 million or 14 times the total amount invested just 4 years earlier. During this time, the number of deals grew from 5 to 70. According to Forrester, the cloud market was valued at $40.7 billion in 2010.

The cloud industry expects to grow to a $150 billion market by the end of 2013 and Pike is forecasting the market to be worth $210 billion by 2015. According to Forrester, the cloud computing market will top $241 billion by 2020. According to Verdantix companies plan to accelerate their adoption of cloud computing from 10 percent to 69 percent of their information technology spend by 2020.

The cloud is not just for large corporations, small and medium businesses (SMBs) are also seeing value in the cloud. A May 2013 Spiceworks report states that 61 percent of SMBs who responded to a survey are using cloud-based solutions today, with an additional 5 percent planning to add cloud services in the next six months. A total of 69 percent of SMBs with fewer than 20 employees and 55 percent of SMBs with 250 to 999 employees are using cloud-based applications today. North American SMBs are more likely to use cloud-based applications and services than countries in Europe, the Middle East and Africa.

The case for the cloud being environmentally sustainable

Many see the cloud as a key feature of IT environmental sustainability. Cloud infrastructure addresses two critical elements of a green IT approach: energy efficiency and resource efficiency.  As explained by BSR,

“Cloud services make a positive contribution to sustainability: The cloud encourages important clean-tech applications like smart grids and it also encourages consumers to use virtual services such as video streaming to replace resource-heavy physical products. The cloud also draws resources to where they are used most efficiently and its jobs tend to be cleaner and safer than those of more traditional industries.”

The cloud saves energy and provides more efficient supplier management. Another of the cloud’s green attributes take the form of  “dematerializing” the economy which involves reducing the number of physical materials.

The cloud’s efficiency and scalability help reduce energy usage and trash. By reducing the need for hardware, companies can reduce costs and eliminate the need for maintenance and upgrades. The cloud offers cheaper running costs and more flexibility for businesses hoping to expand. The cloud is ideal for businesses with time sensitive data, and it significantly reduces computing time and expenses. The cloud also increases productivity through its ability to accommodate online collaboration that reduces the need for face to face meetings.

Many of the firms interviewed by Verdantix reported cost savings as a primary motivator for adopting the cloud, with anticipated cost reductions as high as 40 to 50 percent. According to a report by the Carbon Disclosure Project (CDP) titled Cloud Computing: The IT Solution for the 21st Century, cloud computing can save U.S. Companies $12 billion.  A 2011 Pike Research report titled “Cloud Computing Energy Efficiency,” said data center energy consumption will drop by 31 percent from 2010 to 2020 due to the continued adoption of cloud computing and other virtualized data options.

The technological reason for these energy savings is that the cloud uses energy in a more streamlined and efficient way than traditional, in-house data centers. Cloud computing  uses multi-tenant architecture and this tends to be more efficient than the typical, single-tenant, statically-allocated data centers.

The cloud reduces carbon emissions through minimized energy requirements. According to the CDP report, offsite servers have the potential to prevent 85.7 million metric tons of annual carbon emissions by 2020.

Research carried out by Google suggested that businesses could save around 60-85 percent on their energy costs simply by switching to a cloud facility. The environmental impact of these substantial reductions in energy are significant.

One study surveying the clients of Salesforce, a fast-growing cloud computing giant, suggested carbon reductions of 95 percent compared to companies with servers on their premises.

“The Salesforce community saved an estimated 170,900 tons of carbon in 2010—the equivalent of taking 37,000 cars off the road, or avoiding the consumption of 19.5 million gallons of gas.” said Marc Benioff, Salesforce’s chairman and CEO.

A 2010 study from Accenture, Microsoft and WSP Environment and Energy reported a huge impact of the cloud on CO2 emissions. They found out that businesses with systems and applications on the cloud could reduce per-user carbon footprint by 30 percent for large companies and 90 percent for small businesses.

Cloud providers are getting even more efficient with companies like Cheeky Munkey further diminishing environmental impacts by using servers designed to use hardware as efficiently as possible, driving down energy resource and also keeping costs low.

The cloud industry has also been called secretive, slow to change its practices, and overly optimistic in its environmental assessments.  The massive energy requirement of cloud computing can create environmental problems.  According to a 2012 report in the New York Times, data centers use 30 billion watts of electricity per year globally and the U.S. is responsible for one-third of that amount (10 billion watts). A  Gartner report indicated that the IT industry is responsible for as much greenhouse gas generation as the aviation industry (2 percent of the world’s carbon emissions). Just one of these massive server farms can consume the energy equivalent of 180 000 homes.

According to a McKinsey & Company report commissioned by the Times, between 6 and 12 percent of that energy powers actual computations; the rest keeps servers running in case of a surge or crash. “This is an industry dirty secret,” an anonymous executive told the Times. However, cloud supporters counter that this may be better understood as a necessary evil if data companies are to ensure that they are able to provide reliable service at all times.

Greenpeace has published a report, “A Clean Energy Road Map for Apple,” that follows up on the organization’s April “How Clean is Your Cloud?” report. These studies indicate that many cloud providers use energy sources that are neither clean nor sustainable.

The Greenpeace analysis showed that tech companies like Akamai and Yahoo! are the most environment-friendly while companies like Amazon, Apple and Microsoft each rely heavily on power from fossil fuels. Cloud computing is almost directly responsible for the carbon intensity increase at Apple, which gets 60 percent of its power from coal. Although Apple is increasing the amount of renewable energy used to power its cloud computing, the company has been criticized by Greenpeace for moving slowly.  In May 2013, Apple said that its North Carolina data center will be exclusively reliant on renewable power by year’s end, and that all three of its major data centers will be coal-free by the end of this year.

Despite all of this convincing data, it is important to understand that saving energy does not always mean that you are reducing your GHG emissions. To be environmentally sustainable these centers must draw their power from renewable sources of energy. The location of cloud servers is the key issue that determines whether this is a truly sustainable option. Ideally, cloud computing centers should be located in places where the grid portfolio is clean. (It would be even better if these data centers generated power themselves from renewable sources.)

Google has been a major investor in renewables and it is using that energy to power its own business. To illustrate the point, Google recently entered into two 20-year power purchase agreements for more than 100 megawatts from a wind energy developer located in Iowa and Oklahoma, states where the company operates large data centers. Google has also launched Google Energy, a subsidiary that allows it to act like a utility that can buy and sell electricity onto the grid.

Yahoo and Facebook have also made strides by choosing to locate to sites where they could secure large amounts of existing hydro power. Yahoo set up a data center in Lockport, N.Y., and Facebook built an operation in Lulea, Sweden.

Continually striving for efficiency enhancements is another way to make the cloud greener. Cloud companies can also leverage their buying power to encourage policy makers to increase the availability of cleaner sources of energy. Another solution involves greater carbon transparency for cloud computing providers.

There are a number of new cloud computing centers that are helping businesses move into the cloud in a truly sustainable fashion. Two stellar examples can be found in Iceland. Green Earth Data and GreenQloud both offer 100 percent renewable energy as they draw their power from geothermal and hydropower resources. GreenQloud claims its commercial cloud services are greener, cheaper, and better.