IO To Get Into The Cloud Computing Business

Usually putting all of their manpower into modular data by running modular data centers, IO are reportedly set to get into the cloud computing business. 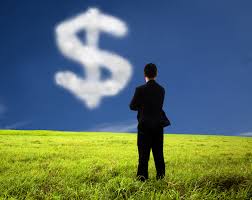 Launching a new service that is aptly titled ‘IO. Cloud’, their brand new cloud powered servers will be built using Open Compute server designs and will run on the OpenStack cloud computing operating system, ensuring that things run smoothly even with shedloads of data. The IO. Cloud website describes the decision to use Cloud Computing with the following, “IO. Cloud is built on Open Compute because it provides [their] engineers with the flexibility to configure and optimize the hardware specifically for cloud scale deployments”.

Is Angry Birds Being Mined for Data by the NSA? – According to recent reports, the answer to that question is ‘yes’. It has come to light that many social networking, mapping and gaming apps are being used to collect data from users, due to the fact that many people are willing to share their data with them. Many people sign up to accounts within these apps using their email addresses and phone numbers and even their credit card details, making it a good place to start for a government organization that collects these things. It is also said that GCHQ, the UK intelligence agency, has been working with the NSA on this data mining project.

Lenovo To Focus On Cloud Tech After Buying IBM Servers – It has been a week since the Chinese hardware maker, Lenovo Group, announced that they are planning to buy IBM’s x86 server business for the pricey cost of $2.3 billion USD, a move that comes almost a decade after Lenovo bought IBM’s PC group. Not only is this a big business move for Lenovo, who are the world’s largest PC maker, it also signals a reshuffling within the company’s organization. From April 1st, it is being reported, Lenovo will restructure to their business to operate four business units, including mobile, enterprise, PC and cloud, a decision that is said to reflect Lenovo’s strategy to grow beyond their PC business.