Interpol, the world’s largest police organization, is opening a center in Singapore focused on fighting cybercrime, which many countries, it says, are poorly equipped to contain.

Cybercrime is increasingly conducted by a highly specialized chain of software break-in experts, underground market-makers and fraudsters who convert stolen passwords and identities into financial gains. 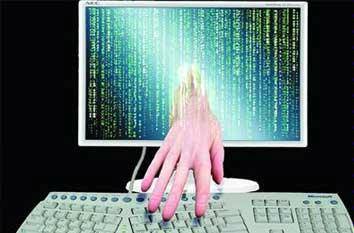 Criminals can keep data for months or even years before using it to defraud victims. China and the United States regularly trade accusations over cyber espionage.”Cybercrime is a truly transnational crime in nature,” said Noboru Nakatani, executive director of Interpol’s Global Complex for Innovation. “It is a huge challenge to law enforcement… Even the wealthy countries have limited resources to deal with cybercrime.”

This week Japan Airlines Co Ltd became a victim, reporting up to 750,000 pieces of data about customers on its frequent flier service had been stolen as a result on malware attached to its computers.

A report by market research firm IDC and the National University of Singapore estimated that businesses in Asia-Pacific will spend $230 billion in 2014 to deal with malware attached to their software, the most of any region in the world.

“The awareness level (of cybercrime) is increasing across Asia, but it lags behind the United States,” said Bryce Boland, the Asia Pacific vice president and chief technology officer at cybersecurity company FireEye.

“That’s partly because organizations in Asia haven’t to the same extent felt the impact of the crimes taking place or are simply unaware of them.”

Interpol will employ around 200 people at the Singapore center and host a digital forensic laboratory to coordinate investigations.

Nakatani said one of the biggest problems in Asia was companies outsourcing data to cloud computing companies in other countries.

“When you decentralize the information, especially critical information like customer information, overseas, you start to lose control of the legal protections over your data,” he said.

Singapore relies heavily on its reputation of being low-crime and politically stable to lure multinational companies to its shores but has struggled recently with cyberattacks.

Standard Chartered reported last December that statements of 647 of its private bank clients in Singapore had been stolen, taken from the server of Fuji Xerox which provides printing services to the bank.

Boeing Co said last week it was opening a cybersecurity center in Singapore, its first such facility outside the United States, to tackle the “current and evolving cybersecurity challenges” in the region.

Nakatani said that Singapore was likely to remain a prime target for cyberattacks.

“Naturally, as long as a country is wealthy and in good shape, the criminals continue to look at you, at Singapore, because they see the opportunity to make money,” he said.