The age of magnetic storage is on its way out. That’s been clear for some time on PCs and mobile devices, where data tends more and more often to live in the cloud or flash memory than on local disks. But it’s also becoming true for the servers that power the cloud itself, as solid-state disk (SSD) storage replaces traditional hard drives. 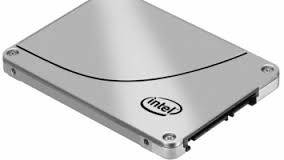 And Intel (INTC) is now fully on board, with the announcement this week of a new line of SSD devices designed explicitly for the cloud and data center.

Intel unveiled the hardware, called the Solid-State Drive DC S3500 Series, at the Cloud Computing Expo June 10-13 in New York. The drives will range in capacity from 80GB to 800GB, and in price from $115 for the smallest-capacity model to $979 for the 800 gigabyte disk. At those rates, they still cost a good deal more than magnetic hard disks—and than some of the lower-end SSD devices available from other manufacturers—but the price points are nonetheless eminently more affordable than those for SSD disks a few years ago, when large-scale solid-state storage was not practical in the data center.

Intel clearly thinks that has changed, as it’s pitching the new line of disks as ideal “for read-intensive applications such as Web hosting, cloud computing and data center virtualization.” The company is also talking total cost of ownership as it promotes these devices, which could be an appealing line of argument for enterprises looking for high performance without investing in more RAM or CPU power.

On that note, the specifications are impressive. Intel says the drives can do sequential reads at the rate of 500 MB per second, and write at 450 MB per second. It also reports random read speeds of 75,000 operations per second. And last but not least, the devices come with a built-in feature that stores a tiny jolt of backup power for use in the event of the loss of an external power source, to allow the drives to finish operations cleanly. That’s a useful tool for protecting against data loss, a key concern in many data centers.

By no means are these the first SSD disks, from Intel or anyone else, to find their way into the server room and the cloud. But Intel’s investment in this line of devices, alongside similar moves from vendors like SolidFire, is a signal that the channel has reached a tipping point. The future of Big Data and the cloud is in SSD storage.