Intel this week introduced the 22-nanometer Xeon E5 2600 v2 product family of processors for servers, storage, and networking infrastructure, promising up to a 50 per cent uptick in performance and a 45 per cent gain in energy efficiency compared with the preceding generation of Xeon E5 chips. 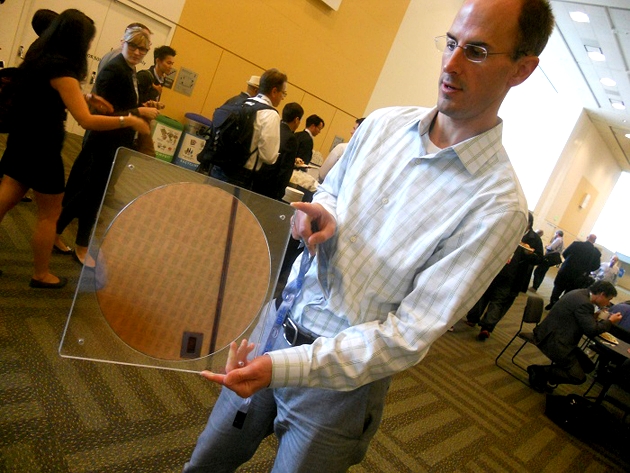 “We have a broad range of solutions and thanks to our partners, we are able to ship products that are optimized for all those types of workloads,” Bryant said on the first day of the Intel Developer Forum, reiterating some of the major points she made at Intel’s Datacenter Day earlier this year.

IT, she said, is no longer just a support structure for businesses, but “is the business” and a “path to delivering new results, new opportunities, and new revenue streams.”

Bryant said Intel’s new Xeon E5 chips are shipping now and are designed to take on the two big trending technology challenges in the datacentre – cloud computing and big data management and analysis – as well as address three major segments of the datacentre — servers, storage, and networking.

In servers, Bryant emphasised the extent to which back-end computing resources go un-utilised in today’s datacentres, promising that the Xeon E5 2600 v2 product line would make ramping up virtualisation and automation that much easier to do and consequently increase asset utilisation rates.

Intel partners making use of the new Xeon E5 server/workstation parts in assorted ways include supercomputer-maker Inspur and Apple, which is using Xeon E5 chips in its latest Mac Pro. IBM, meanwhile, has put the Xeon E5 line at the heart of its forthcoming NeXtScale architecture targeting public and private cloud computing. Compatible with standard racks, optimised for top-of-rack switching, and software defined network (SDN)-ready, NeXtScale will appear in systems shipping in October, with more servers to follow in November and throughout 2014, including microservers and systems using next-generation processors.

Intel Network Builders includes nearly 30 member partners at the outset, including some familiar names like HP, VMware, Brocade, and others. Bryant said the programme would focus on building out and innovating new technologies for SDNs and Network Function Virtualisation (NFV), with Intel’s objective to “bring Moore’s Law to networks.”