Inside the Cloud Computing Trend

The move toward cloud computing continues to pick up speed. According to a September report from technology research firm IDC, global spending on public IT cloud services will total $47.4 billion in 2013 and will rise to over $107 billion in 2017. 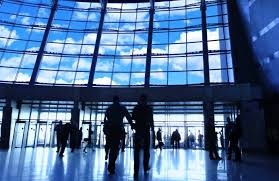 In all, cloud computing’s compound annual growth rate (CAGR) during the period (23.5%) is expected to be five times that of the IT industry as a whole.

IDC sees the U.S. as holding its place as the largest public IT cloud services market, though its share will fall from 56.9% in 2013 to 43.9% in 2017. In emerging markets, however, cloud spending is expected to post a CAGR of 37.3%, nearly twice the rate of developed countries.

In a broad sense, cloud computing refers to the accessing of data or applications on remote servers via the Internet. That’s different from the traditional model of local computing, where you access most of your resources either on your own machine or through your company’s internal network.

InfoWorld defines it this way:

“Cloud computing comes into focus only when you think about what IT always needs: a way to increase capacity or add capabilities on the fly without investing in new infrastructure, training new personnel, or licensing new software. Cloud computing encompasses any subscription-based or pay-per-use service that, in real time over the Internet, extends IT’s existing capabilities.”

Cost savings are a key benefit to moving to a cloud-based model. Cloud computing can also reduce IT issues that can lower productivity. However, IDC senior vice-president and chief analyst Frank Gens sees the cloud moving past its initial appeal of simply boosting efficiency.

“The first wave of cloud services adoption was focused on improving the efficiency of the IT department,” he said. “Over the next several years, the primary driver for cloud adoption will shift from economics to innovation as leading-edge companies invest in cloud services as the foundation for new competitive offerings.”

Here’s a brief look at two companies that provide unique services to users and providers of cloud-based services.

These are just two of the many options for investing in the growth of cloud computing. In addition to Symantec, Amazon, IBM and Salesforce.com, you could also look to Microsoft (NasdaqGS: MSFT) and Oracle (NasdaqGS: ORCL), both of which continue to expand their cloud offerings.

Another interesting cloud play is Adobe Systems (NasdaqGS: ADBE), which is transitioning to selling its Creative Suite of design programs, including Photoshop, Illustrator and InDesign, through a SaaS subscription model.