Infor is planning to offer customers a cloud-based data warehouse and analytics platform based on its own ION and Business Vault technology as well as Amazon’s Redshift service. Code-named “Sky Vault,” the project is now in the works, said Ali Shadman, senior vice president of business cloud and Upgrade/S at Infor. Infor’s Business Vault technology uses XML documents to store transaction data from both Infor and non-Infor applications, allowing customers to generate analytics and reports. Infor has also developed a number of industry-focused reports and dashboards on top of Business Vault. 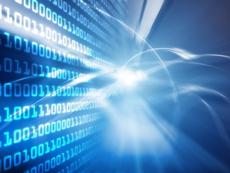 The same general idea will apply with Sky Vault, according to Shadman. Infor wanted to give customers a cloud-based option for analytics, in part due to the cloud’s ability to easily scale workloads up and down according to demand.

Redshift is powered by ParAccel’s database technology, among other components. Infor will sell Sky Vault through its own business cloud service once it’s ready. “You’ll buy from us and behind the scenes we manage it,” he said. A launch is planned for the second half of this year. Infor hopes to have a beta program started soon, Shadman said.

The user experience of Sky Vault will be “the same” as Business Vault’s, with the main differences concerning back-end operations, Shadman added.

Redshift also provides Infor with an attractive price point, which it can presumably pass on to customers.

Infor has a close relationship with other cloud service vendors, such as Microsoft, but isn’t ready to announce plans for a similar data warehousing option on that company’s Azure platform, Shadman said.

Infor made the announcement during its annual Inforum conference, which is this week in Orlando.